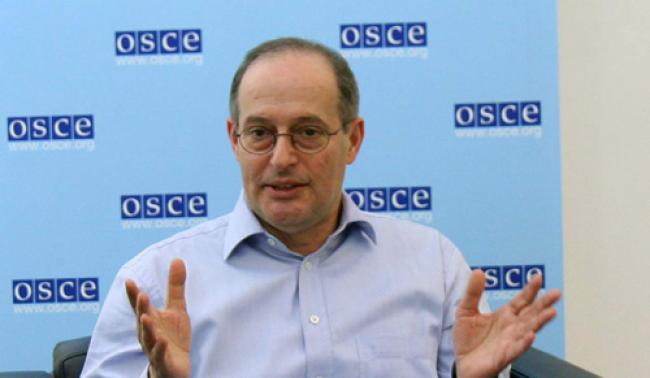 New York, Nov 1 (): Belarus is the only country in Europe with no opposition in parliament, a United Nations independent expert has said urging the Government to strengthen the right to elect and to be elected.

“Elections in any country are the focal act of the expression of public will,” the UN Special Rapporteur on the situation of human rights in Belarus, Miklós Haraszti, said presenting his first report to the United Nations General Assembly. “They are not simple administrative motions; they are the strongest link between universal human rights and national democracy,” he added in reference to the elections. In his report, the Special Rapporteur highlighted that both basic and election-specific human rights have been systematically and purposefully curtailed in every Presidential and Parliamentary election in Belarus since 1991. “This has resulted in a legislature that lost all its power to the Administration, and functioned for the past fifteen years with the participation of pro-Government formations only, whether political parties have or not boycotted the vote in protest at the violation of their rights,” he warned during his briefing to the General Assembly’s Third Committee, which deals with social, humanitarian and cultural issues. The right to elect and to be elected, the expert underscored, is a basic human right enshrined in the Universal Declaration of Human Rights and the International Covenant on Civil and Political Rights to which Belarus is a party. “Citizens’ rights to contribute to the common good in elections have to be restored," the Special Rapporteur said. “The first steps must be to stop the curtailment of freedom of opinion and expression, association and peaceful assembly. The discriminatory regulations on party and candidate registration should be removed.” Further improvements should include the way election commissions are formed; the transparency of the ballot count; enabling the appeal of the election results; and making sure that polling stations immediately publish the results upon vote, he stressed. Independent experts, or special rapporteurs, are appointed by the Human Rights Council to examine and report back on a country situation or a specific human rights theme. The positions are honorary and the experts are not UN staff, nor are they paid for their work.