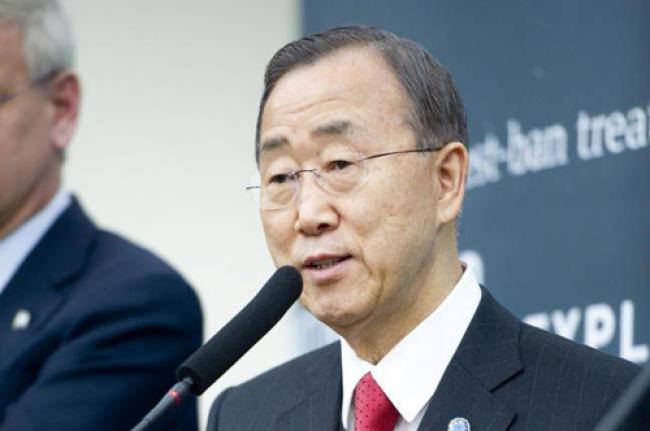 New York, Nov 1 (JEN): United Nations Secretary-General Ban Ki-moon is concerned about the latest wave of deadly violence in Bangladesh ahead of parliamentary elections due by January.

“He calls on all concerned to respect the rule of law, exercise restraint and to express their views peacefully,” Ban’s spokesperson said in a statement. Ban is hopeful that the recent steps to initiate dialogue continue, the spokesperson added, and urges all parties to ensure an environment “conducive to credible and peaceful elections.” The latest outbreak of fighting has reportedly killed at least a dozen people and injured many others. Earlier this year, UN Assistant Secretary-General for Political Affairs Oscar Fernández-Taranco said the South Asian country was witnessing “a significant increase” in the number of violent incidents after more than 30 people died and 60 others were injured in clashes between police and protesters in the capital, Dhaka. At the time, he called on all stakeholders to work together to create a conducive environment that would allow free, fair, credible, inclusive and non-violent elections to take place. General elections in Bangladesh are due to be held within 90 days after the expiration of the Parliament, which was due to be dissolved last week in accordance with the country’s constitution. That would require elections to be held between now and the end of January 2014.