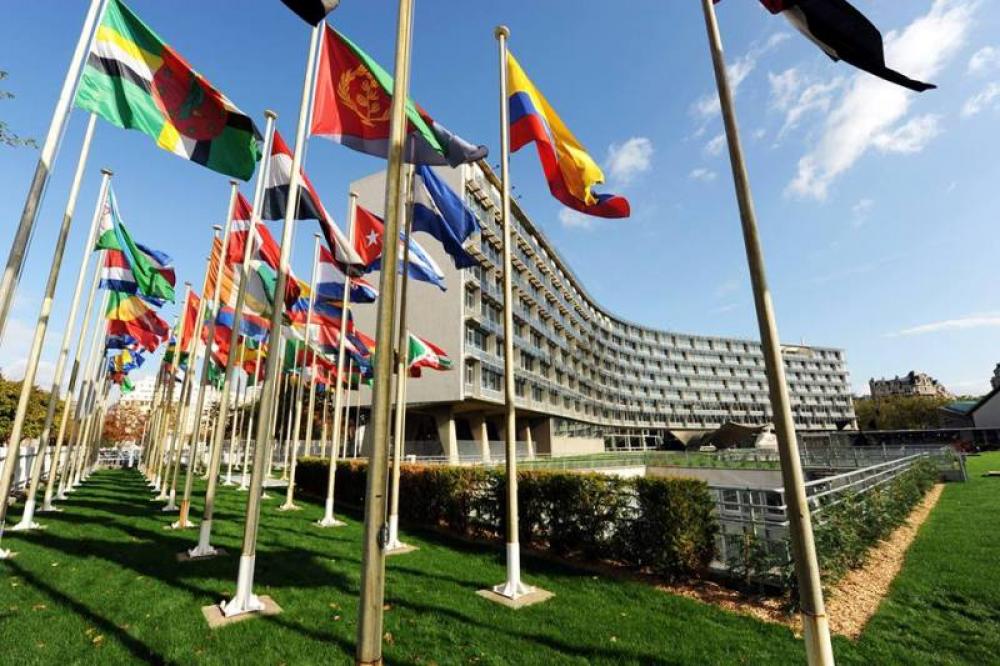 Jerusalem: In a major development after UN General Assembly recently rejected the US declaration recognizing Jerusalem as Israel’s capital, the Jewish state has decided to formally announce its exit from UNESCO.

Conforming the news, Yuval Rotem, Director General of the Ministry of Foreign Affairs of Israel, tweeted: "#Israel is withdrawing from #UNESCO, which sadly spends more time falsifying our collective cultural heritage than preserving it. We hope for the day when UNESCO will return to its mission and contribute to the sum of human knowledge & understanding rather than diminishing them."

#Israel is withdrawing from #UNESCO, which sadly spends more time falsifying our collective cultural heritage than preserving it.

We hope for the day when UNESCO will return to its mission and contribute to the sum of human knowledge & understanding rather than diminishing them. pic.twitter.com/ckWyofpq0N

Meanwhile,Guatemala has shifted its embassy from Tel Aviv to Jerusalem.

Last week, Guatemala was one of the nine nations to support America at the UN while the Jerusalem resolution was being passed. On Sunday, its President Jimmy Morales announced on Facebook that the country was moving its embassy.

In a Facebook post, Morales said: "Dear people of Guatemala, today I spoke with the prime minister of Israel, Benjamin Netanyahu. We are talking about the excellent relations that we have had as nations since Guatemala supported the creation of the state of Israel. One of the most important topics was the return of the embassy of Guatemala to Jerusalem. So I inform you that I have instructed the chancellor to initiate the respective coordination so that it may be. God bless you."

The Central American nation became the second country to do so after the US.

Israel has thanked the country fro moving their embassy to Jerusalem.

Calling Jerusalem as the capital of his nation, Israel PM Benjamin Netanyahu also had a special tweet message for people across the globe on Christmas eve when he posted: " Merry Christmas from Jerusalem, the capital of Israel!."

Defying the US warning, 128 nations supported the UN resolution that declared 'America's coronation of Jerusalem as Israel's capital' null and void, on Thursday.

Triggering protests in several countries, the US recently announced its decision to recognise Jerusalem as the Israeli capital.

The US decision was met with several angry reactions from the Islamic world.

People in these places took to the streets in large numbers to chant anti-Trump slogans.

Meanwhile, out of the 193 states in the UN General Assembly, nine voted against the resolution, while 35 nations, including Canada and Mexico, did not vote.

The remaining 21 countries did not turn up for the non-binding resolution.

US had warned of tax cuts and before the vote began, reiterated their status once more.

Nikki Haley, US Ambassador to the UN said, "America will put our embassy in Jerusalem. That is what the American people want us to do and it is the right thing to do. No vote in the United Nations will make any difference on that. But this vote will make a difference on how Americans look at the UN, and on how we look at countries who disrespect us in the UN.”

Those who condemned Trump's decision on Jerusalem, said in a text that they expresses deep regret at recent decision made by the US.

"Any decisions and actions which purport to have altered the character, status or demographic composition of the Holy City of Jerusalem have no legal effect, are null and void and must be rescinded in compliance with relevant resolutions of the Security Council," the text read.

The result of the vote also riled Israel's Prime Minister Benjamin Netanyahu, who called the UN a 'house of lies'.

However, Israel has thanked Trump for his 'equivocal position in favour of Jerusalem'.

In a statement, the Middle Eastern nation said, "Israel thanks President Trump for his unequivocal position in favour of Jerusalem and thanks those countries that voted alongside Israel, alongside the truth."

"Israel completely rejects this preposterous resolution. Jerusalem is our capital. Always was, always will be," he said.

Reacting on the development, Palestine said it was a victory for them.

Trump on Wednesday had blamed several nations of taking help from US and not returning the favour when needed.

"Well, we’re watching those votes,” he added. “Let them vote against us; we’ll save a lot. We don’t care.”