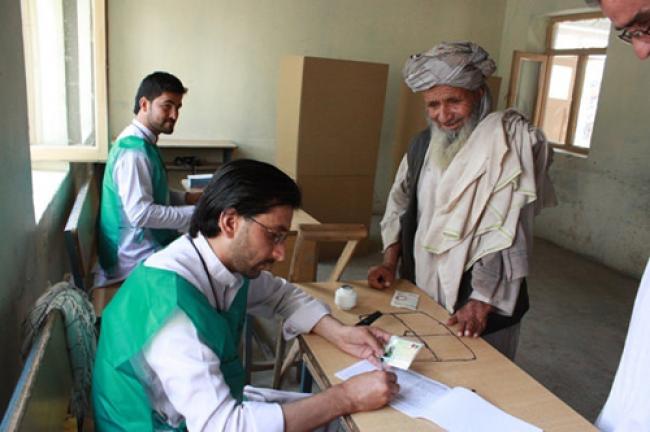 New York, July 4 (JEN) The preliminary results from Afghanistanâ€™s run-off presidential election will be announced on Monday, following a delay to allow an audit of a number of polling stations, both moves welcomed on Thursday by the United Nations.

In a statement, the UN Assistance Mission in Afghanistan (UNAMA) applauded the decision of the Independent Election Commission (IEC) to launch an additional, ongoing audit of polling stations where the total number of ballots cast was 599 or higher. The move follows accusations of vote-wrangling in the 14 June run-off vote between presidential candidates Abdullah Abdullah and Ashraf Ghani Ahmadzai, charges which ultimately pushed the IEC’s Chief Electoral Officer to resign. In on Thursday’s statement, UNAMA also encouraged the IEC to implement further measures which “could enhance the transparency, neutrality and impartiality of the electoral process, and separate and reject fraudulent ballots from valid votes.” The Mission added that in line with the Security Council’s presidential statement adopted after its meeting on Afghanistan on 25 June, UNAMA looks forward to the conclusion of the electoral process in accordance with the relevant laws and mandates of the electoral institutions and the orderly transition to a new administration. During that briefing, Special Representative of the Secretary-General Ján Kubiš underscored the importance of Afghan politicians to act decisively to “avoid any slippery slope to civil disorder and instability.”

Electoral workers in Afghanistan (left) assisting a voter in the 14 June 2014 second round run-off in the country's presidential elections. Photo: UNAMA/Shamsudding Hamedi