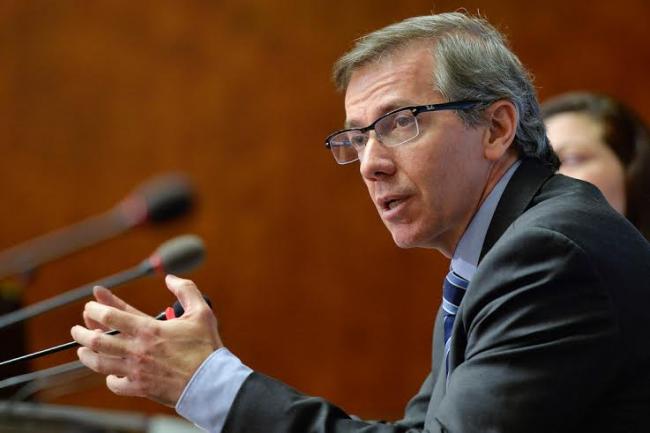 New York, Jun 15 (JEN): The top United Nations official in Libya has strongly condemned an attack on the Tunisian consulate in the Libyan capital of Tripoli which resulted in the capture of ten consulate staff members.

In a press release issued earlier on Sunday, the Special Representative of the Secretary-General for Libya and Head of the United Nations Support Mission in Libya (UNSMIL), Bernardino Leon, called for “the immediate and unconditional release” of the abducted staff and recalled that the principle of inviolability of diplomatic and consular premises must be respected. The storming of the Tunisian consulate – which occurred on 12 June, according to media reports – was conducted by a group of unidentified assailants. “This unacceptable act is a further reminder of the chaos engulfing Libya and the need for Libyans to end the ongoing conflict and to move quickly towards reaching a political agreement that would restore security and stability to their country,” the press release continued. It added that that Leon called on all Libyan actors with influence on the ground to do their utmost to ensure the safe release of the Tunisian staff and the protection of diplomatic missions in Libya. The UNSMIL head's appeal comes just days after Libyan political talks were held in Berlin, Germany between senior officials from a number of States, including the United States, Russia, China, France and the United Kingdom. Leon has been actively involved in helping Libyan stakeholders reach a political solution to the country's crisis and recently warned that the “time has come to make an agreement.” Photo: UN Photo/Jean-Marc Ferré