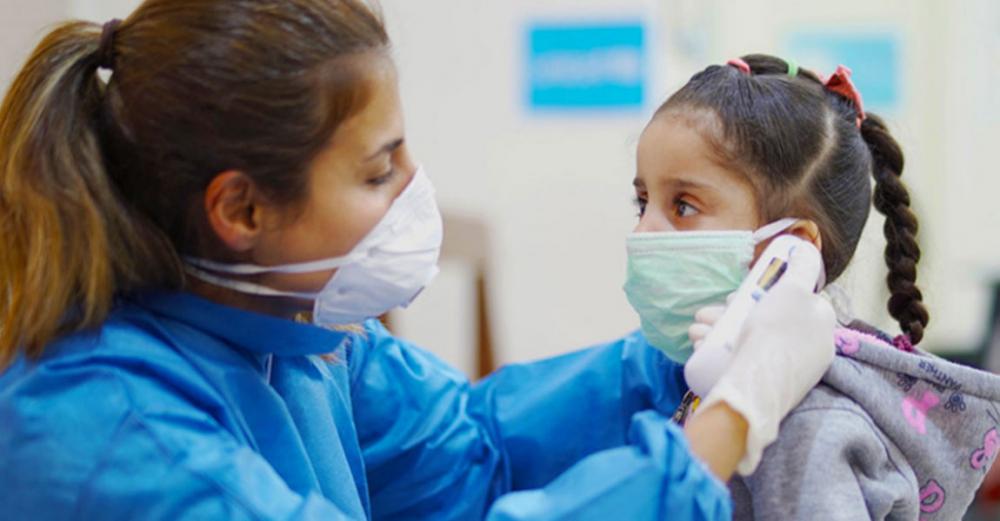 New York : Against the backdrop of the unprecedented global crisis caused by the COVID-19 pandemic, the deputy UN chief briefed journalists on Monday about a new women-led initiative that mobilizes support to save lives and protect livelihoods.

Deputy Secretary-General Amina Mohammed highlighted that collectively, we are dealing with “an especially severe blow” to developing countries, particularly those in humanitarian or conflict settings.

“In the face of a sweeping threat of such historic magnitude, our collective response must be equally historic and urgent”, she said, launching Rise for All  – a social and economic recovery initiative that brings women leaders together in calling the world to action and in support of the UN Response and Recovery Fund and Framework.

While bearing the brunt of the pandemic, women are also on the frontlines, saving lives as first responders in hospitals, finding solutions as innovators and standing up to the crisis as political leaders.

She welcomed the leaders who have put themselves to the fore: President Sahle-Work Zewde of Ethiopia; Prime Minister of Norway and Sustainable Development Goals Advocate, Erna Solberg; Sustainable Development Goals Advocate and Founder of the Education Above All initiative, Her Highness Sheikha Moza bint Nasser and the Prime Minister of Barbados, Mia Mottley.

Mohammed flaged that “now more than ever, we must come together to overcome this global threat that affects us all”.

Meanwhile, Mohammed explained that the UN Framework complements existing UN efforts to support countries, including the health response led by the World Health Organization (WHO), and the humanitarian response detailed in the COVID-19 Global Humanitarian Response Plan.

Centered around five interconnected streams of work, it ensures a universal, country-sensitive response that conveys a “fundamental commitment to environmental sustainability and gender equality”, according to the deputy UN chief.

“It reflects the call of the 2030 Agenda to build more resilient societies and a future that is sustainable, inclusive, and just”, she said.

Over the next 12 to 18 months, the framework aims to guide action under the leadership of UN Resident Coordinators leading Country Teams, and WHO’s technical guidance and integrated programmatic responses of the UN Development Programme (UNDP).

The UN Framework is aligned with the Secretary-General’s call for global solidarity and his COVID-19 Response and Recovery Fund, which, launched earlier this month, seeks to mobilize $1 billion to support its first nine months of operation and $2 billion overall.

“We need to move fast”, Mohammad warned, saying “normal development timelines, for donors and the UN alike, will simply not work”.

Guide fiscal and financial stimulus to make macroeconomic policies work for the most vulnerable.

Thanking the Member States who have contributed around $38 million to date, the deputy UN chief said that funding would be released in early May.

“Yet, much more is needed”, she stressed, urging others to “contribute generously to this appeal and heed the call to action by women leaders rising in solidarity to ensure no one is left behind”.

In closing she maintained that the UN is fully committed to supporting people and Governments everywhere along the way.

“Together, we will win the fight against COVID-19 and come out stronger,” concluded the Deputy Secretary-General.

UNDP Administrator Achim Steiner, who also co-chairs the UN Sustainable Development Group, elaborated that the five pillars of the UN Framework is not only measured in monetary terms, but in livelihoods, vulnerabilities and confidence in government to lead economies and societies “through this process”.

“And ultimately through this work, [we] also help countries design into their recovery strategies, the DNA of a build-back-better strategy”, he upheld.