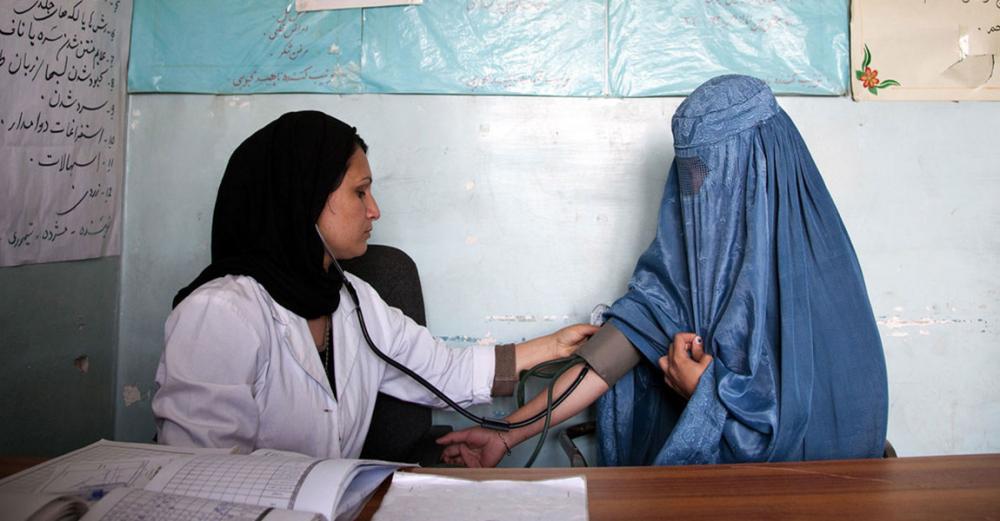 New York/IBNS: There can be no sustainable peace in Afghanistan if women are not at the negotiating table, former United States Secretary of State Hillary Clinton told ambassadors and activists at UN Headquarters on Tuesday.

Clinton delivered the keynote address at the meeting of the Group of Friends of Women in Afghanistan, held barely two weeks after the signing of a peace deal between Washington and the Taliban.

The agreement calls for the insurgent group to participate in intra-Afghan peace talks which were to begin that day. It also covers a timetable for the withdrawal of foreign troops.

“Women must be included, and women’s rights respected, as part of any peace negotiation in Afghanistan”, said Clinton.

“Women are essential to combating corruption, building economic growth and ensuring the longevity of any agreement that is reached.  If women are sidelined, the prospects for sustainable peace are slim. If society is torn apart and women pushed to the margins, it is more likely that terrorists will find a haven. There can be no sustainable peace without women’s participation and rights”.

In a video message, she spoke of their “bitter memory” of the Taliban’s five-year authoritarian rule from 1996 to 2001.

“To this day, they remember how they would be whipped in public for the slightest infraction; how they were kept secluded and deprived from going to school, seeking medical services, or interacting socially, and how they had to endure cruel punishments such as stoning decreed by outlaw courts. In addition, quite a few of them lost their closest and most dear relatives to Taliban acts of violence: an occurrence that unfortunately continues until today”, she said.

Resolution 1325 calls for women’s wider inclusion in peace processes, and for gender perspectives to be incorporated in all UN peace and security efforts.

Numerous studies back this up, according to Dr. Adam Lupel, Vice President of the International Peace Institute.

“Women’s substantive involvement in peace processes increases their potential for success and durability…because if women meaningfully participate, peace processes are less likely to be simply a negotiation about power among men with guns, and more likely to include broader issues about how to build a sustainable, peaceful society”, he said.

A seat at the negotiating table

The Group of Friends of Women in Afghanistan was established last November to highlight the central role women have in the country’s future.

Co-chaired by Afghanistan and the United Kingdom, it is comprised of women representatives to the UN and senior officials from the global organization.

Afghanistan’s UN Ambassador Adela Raz praised the partnership, joking that the coronavirus threat had not deterred members from attending the meeting.

“We need our allies, international partners and supporters to elevate the strides of my fellow Afghan sisters for not only having a seat at the negotiating table but for a comprehensive peace agreement that protects the constitutional rights of every Afghan woman”, she stated.

“Because women’s rights are human rights – said by none other than our keynote speaker for today”.