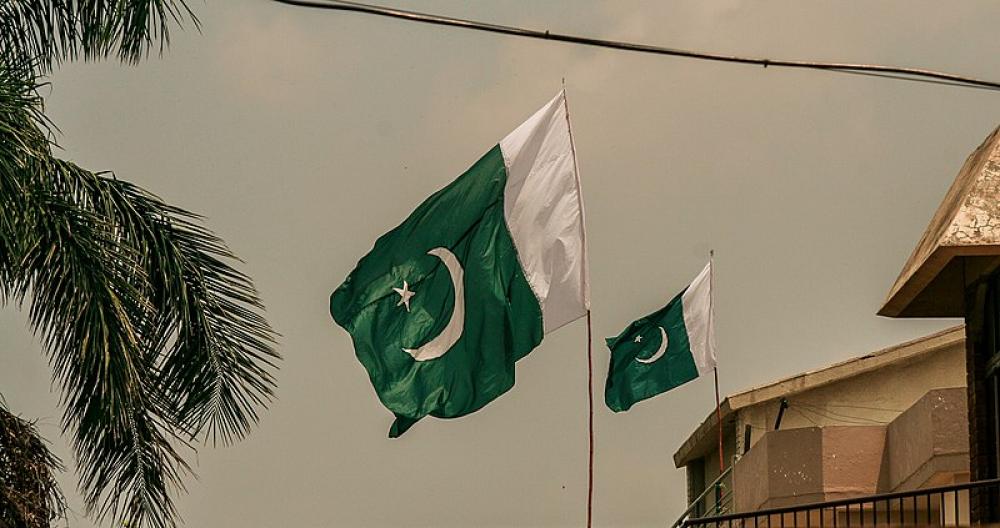 Islamabad: Ahmadiyya Muslims, a ruthlessly persecuted minority community in Pakistan recently found a voice at a global forum in the USA.

The event was the International Religious Freedom (IRF) Summit which was organized in Washington during June 28-30, 2022. The summit is convened by former US Ambassador at Large for Religious Freedom Sam Brownback and Dr. Katina Lantos Swett, President of the Lantos Foundation for Human Rights and Justice.

The IRF Summit is an annual gathering of international freedom advocates and activists from around the world. It highlights threats to freedom of religion and belief by providing communities a platform to speak about the challenges to their fundamental freedom of faith.

Though the case of Ahmadiyyas was one of the several issues raised during the summit, the event was utilized by the ‘Ahmadiyya Muslim Community USA’ to draw global attention towards the plight of this sect in Pakistan, a country which has officially labeled its members as non-Muslims.

While the country keeps highlighting ‘Islamophobia’ across the world, it appears more phobic of the Ahmadiyya sect and its interpretation of Islam than most other nations where the community is present.

Ahmadis number about 4 million in Pakistan, but the community has been forbidden to call itself Muslim since 1974 by Pakistani Constitution which considers them as “infidels”.

Resultantly, Ahmadis are not even allowed to call their houses of prayer “mosques,” while basic religious practices associated with Islam are forbidden for them.

The Ahmadi community faces persecution in Pakistan in the form of hate crimes and mob violence and their schools, mosques and public events like wedding parties are usual targets. These incidents are further aided by institutional apathy which prevents any action against the attackers.

They remain the most vulnerable preys of Pakistan’s violent blasphemy laws, with at least 13 Ahmadis killed and 40 wounded since 2017 owing to their identity.

This is in addition to the jihadist attacks on the community. In 2010, twin mosque terror raids in Lahore killed at least 94 Ahmadis. In May 2022, a 36-year-old Ahmadi man was stabbed to death by a member of Tehreek-e-Labbaik Pakistan (TLP), a Sunni militant body that is proscribed, but in talks with the government.

Earlier this year, a 70-year-old Ahmadi man who was on trial for blasphemy died in Bahawalpur Jail due to mistreatment despite his ill health.

The members of the Ahmadi community are not spared persecution even in their death as there are an increasing number of cases of their graves being dug up and desecrated. Most of these mutilations are caused by local administrations who blame Ahmadiyyas only for using Islamic symbols.

In the latest case, on July 6, 2022, local police and some extremist elements raided two graveyards in the Talwandi Khajurwali district of Gujranwala.

According to Pakistani media, it was the fourth case of desecration of graves in 2022. Earlier in February this year, Police reportedly destroyed about 50 tombstones in an Ahmadiyya cemetery in the Hafizabad district of Punjab.

The reason for damaging the cemetery was the use of Quranic verses on a few of the graves over which some local Sunnis complained to the police.

Overall, around 150 graves of Ahmadiyyas have been desecrated in the last one year. Despite some local human rights groups condemning these acts, the state institutions prefer to remain silent and complicit.

IRF Summit is not the only global institution which has highlighted the Ahamdi plight in Pakistan. In recent years, Human Rights Watch, Amnesty International, and the International Commission of Jurists (ICJ) have demanded the Pak authorities to take legal action against those responsible for threats and violence against Ahmadis.

Ian Seiderman, legal and policy director at the International Commission of Jurists points out that Pakistan was part of the consensus at the UN General Assembly that required that states take active measures to ensure that persons belonging to religious minorities exercise their human rights and fundamental freedoms without any discrimination and in full equality before the law.

Other international experts highlight that Pakistani laws against the Ahmadiyya community violate Pakistan’s international legal obligations under the International Covenant on Civil and Political Rights (ICCPR), which Pakistan ratified in 2010. These include the rights to freedom of conscience, religion, expression, and association, and to profess and practice one’s own religion.

However, the institutional hatred in Pakistan for the Ahmadi community appears to have withstood all such pressure and criticism. Going by the latent support of the state to a rising tide of extremism in Pakistan, the condition of minorities in the country is expected to deteriorate further.