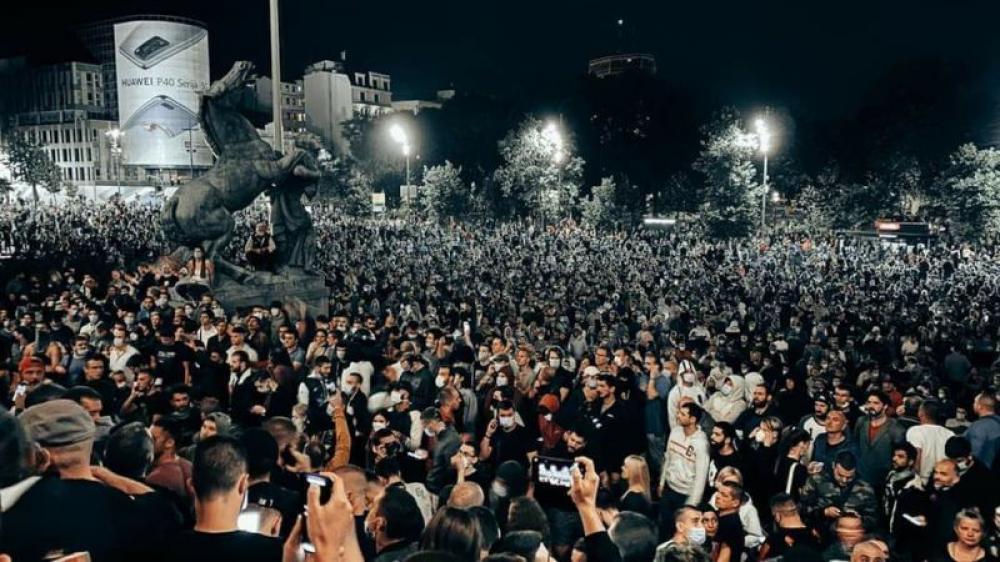 Belgrade: Several police personnel and citizens were hurt in riots that broke outside the Serbian Parliament on Tuesday.

According to reports, citizens, including students, gathered outside the National Assembly in Belgrade, the capital, to protest the country's decision to re-impose a weekend curfew.

The said decision was taken and announced by President Aleksandar Vucic in a televised address, to prevent the spread of the deadly novel coronavirus disease.

Vucic announced the death of 13 people and said 4,000 people were being treated with 120 people on ventilator support.

Effective from Wednesday, the curfew will ban the gatherings of more than five people. It will commence from 18:00 local time (16:00 GMT) on Friday and will be in force until 05:00 on Monday.

Angered by the decision, protesters broke in the Parliament building, forcing law enforcement officials to intervene and fired tear gas to disperse the mob. reports said.

The protest is believed to have been orchestrated by far-right nationalists. Members of the 'Don't let Belgrade drown' movement were also present and while they maintained social distancing, not everyone donned a facial mask.