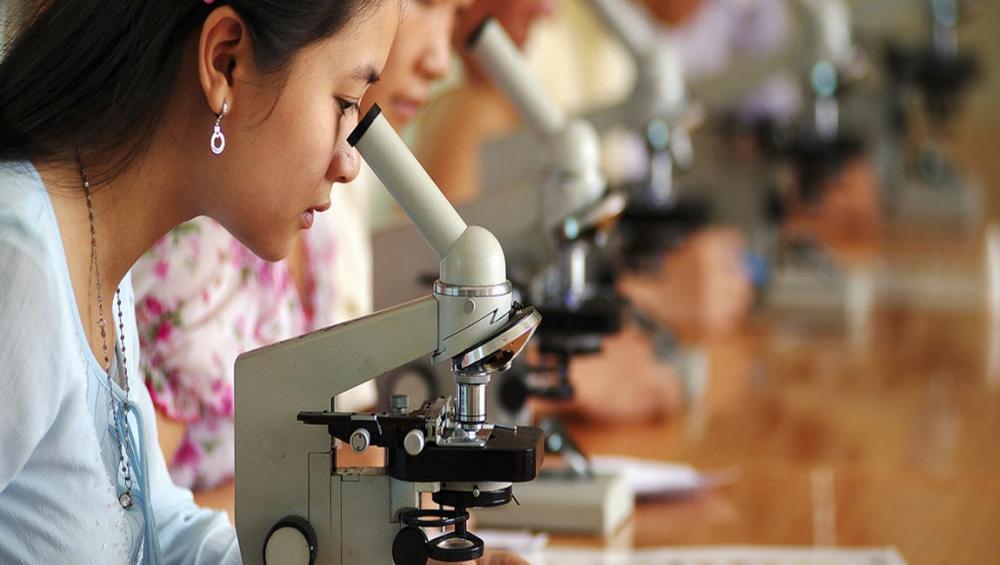 New York: Many of the world’s biggest problems may be going unsolved because too many women and girls are being discouraged from the sciences.

The role of science education in a changing world cannot be undervalued: it is estimated that fully 90 per cent of future jobs will require some form of ICT (information and communication technology) skills, and the fastest growing job categories are related to STEM (science, technology, engineering and mathematics), with recent studies indicating 58 million net new jobs, in areas such as data analysis, software development and data visualization.

But women and girls continue to be extremely under-represented in the sciences. Data from UNESCO (the UN’s agency for education, science and culture) shows that less than a third of all female students choose STEM-related subjects in higher education, whilst just three per cent of women choose ICT subjects.

Artificial Intelligence (AI) is becoming an increasingly important field, where the diversity of those working on AI solutions has been identified as a crucial element in ensuring that they are free from bias. However, the World Economic Forum’s Global Gender Gap Report shows that only 22 per cent of artificial intelligence professionals globally are female.

There are several reasons for the gender gap in the sciences, from the prioritization of boys’ education, to gender biases and stereotypes, and the global digital divide, which disproportionately affects women and girls.

The extent to which the world is missing out on potential female scientific talent becomes all the more apparent if we look at some of the extraordinary contribution that women have made to advancing science, contributions that were often overlooked during their working lives, such as Marie Curie, computer pioneer Ada Lovelace, NASA scientist Katherine Johnson, and countless others more whose work continues to be overlooked.

This tradition of female scientific excellence continues today. For example, in South Africa, Kiara Nirghin has developed a unique super-absorbent polymer that holds hundreds of times its weight in water when stored in soil. Her discovery came about in response to server droughts in the country, the worst in over 45 years. The cheap, biodegradable polymer is made entirely from waste, and increases the chance for plants to sustain growth by 84% during a drought and can increase food security by 73% in disaster-struck areas. In recognition of her work, Kiara has been awarded the Google Science Fair Grand Prize, and was one of UN Environment’s regional Young Champions of the Earth finalists in 2018: she is still only 18 years old.

Khayrath Mohamed Kombo is even younger. At just 15, Khayrath, from Dar-es-Salaam joined more than 80 other girls, from 34 African countries, at the first Coding Camp in Addis Ababa, Ethiopia in August 2018. This was the launch of the African Girls Can Code Initiative, a joint programme of the African Union Commission and the International Telecommunication Union. “When I heard about this I was excited, because my dream is to learn more things and expand my knowledge,” says Khayrath, who is the only girl in her computer science club at school. Over the four years of the programme, around 2000 girls will be trained as programmers, creators and designers, placing them on-track to take up education and careers in ICT and coding.

Whilst there are still many obstacles to women achieving their full potential in the sciences, Lisa Harvey Smith thinks that, for many women, the barriers are sociological and psychological, and are disappearing. Harvey Smith, who trained as an astronomer, is a Professor of Practice in Science Communication, and the Australian Government’s Ambassador for women in STEM.

In an exclusive interview with the UN, which you can listen to here, Professor Harvey Smith said that, with the right mentoring, networks and support, women can “punch through the glass ceiling” and do “incredible work.” Referring to artificial intelligence tools, she added that we need to “design these with both men and women in mind, and with all areas of society and people from around the world to make sure that AI is representing the whole of the human race.”

The 2019 International Day of Women in Science, on February 11, is shining a spotlight on this issue. UN Secretary-General António Guterres released a video to mark the day, in which he described the participation of women and girls in science as “vital” to achieving the 2030 Agenda for Sustainable Development, because “the world cannot afford to miss out on the contributions of half our population.”

To help improve this situation, UN Women is working with the UN Global Compact, the world’s largest corporate sustainability initiative, to call on the private sector to make a commitment to gender equality by signing up to the Women’s Empowerment Principles, arguing that gender diversity helps business to perform better.

In a joint UN Women/UNESCO statement, the two UN agencies outlined ways that they are tackling the under-representation of women in science, through initiatives such as the L’Oréal-UNESCO For Women in Science Programme, the Organization for Women in Science for the Developing World, and the STEM and Gender Advancement project.

Whilst there is still much to be done, major progress has been made in the past decade towards increasing access to education at all levels and increasing enrolment rates in schools, particularly for women and girls. When it comes to the part they have to play in the sciences, Professor Harvey Jones has a clear message: “Science and technology and mathematics are for you because you need to change the world. Women need to take their place at the top table of science, we need to use it for good to change the world for the better, and you can do it.”