Britney Spears shares yet another picture from her fairytale wedding,Sam's comment and Selena Gomez's action will steal the show 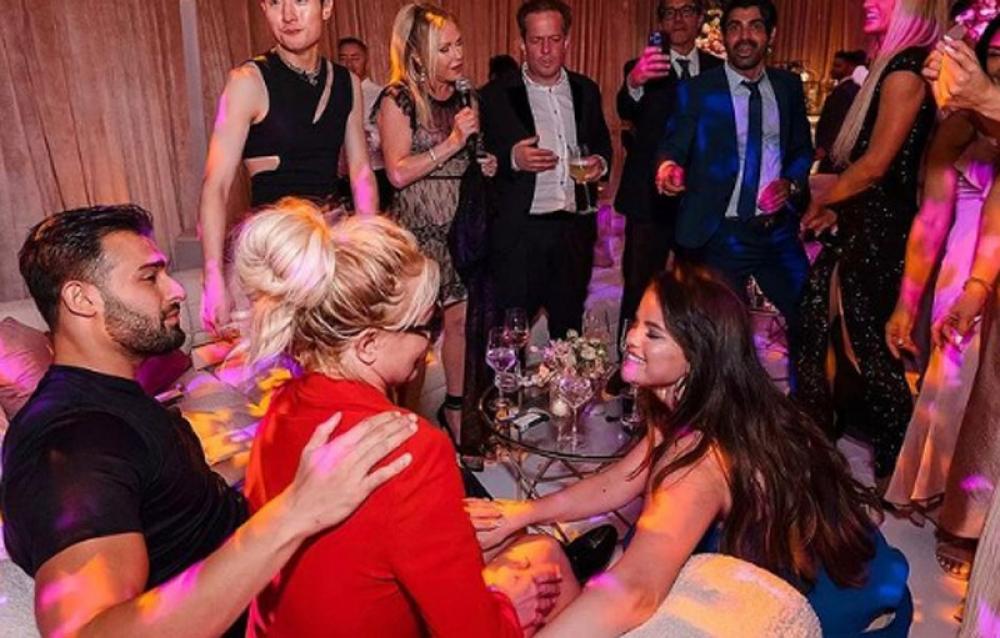 Los Angeles: Pop icon Britney Spears has been taking her fans on a happy journey by sharing some inside images of her marriage ceremony and party on social media platforms in recent days.

Her marriage remained one of the major celebrity events of the year so far as she tied the nuptial knot with longtime boyfriend Sam Asghari.

Since then, images of her special days have been flooding Instagram with fans getting a chance to see a glimpse of her fairytale marriage and be a part of it.

However, Britney yet again added one more picture from the grand event on Monday when she could be seen sitting on her couch with husband Sam while being surrounded by several celebrity friends.

Singer-actress Selena Gomez drew all the attention in the image as she was seen sitting in front of Britney and engaging herself in some animated conversation with the pop icon.

Britney wrote an interesting caption to add to the mood of the moment which read: "After dancing all night I finally sat down and realized who I was."

Sam also joined the fun by writing in the comment section below: " The best wedding I’ve ever been invited to."