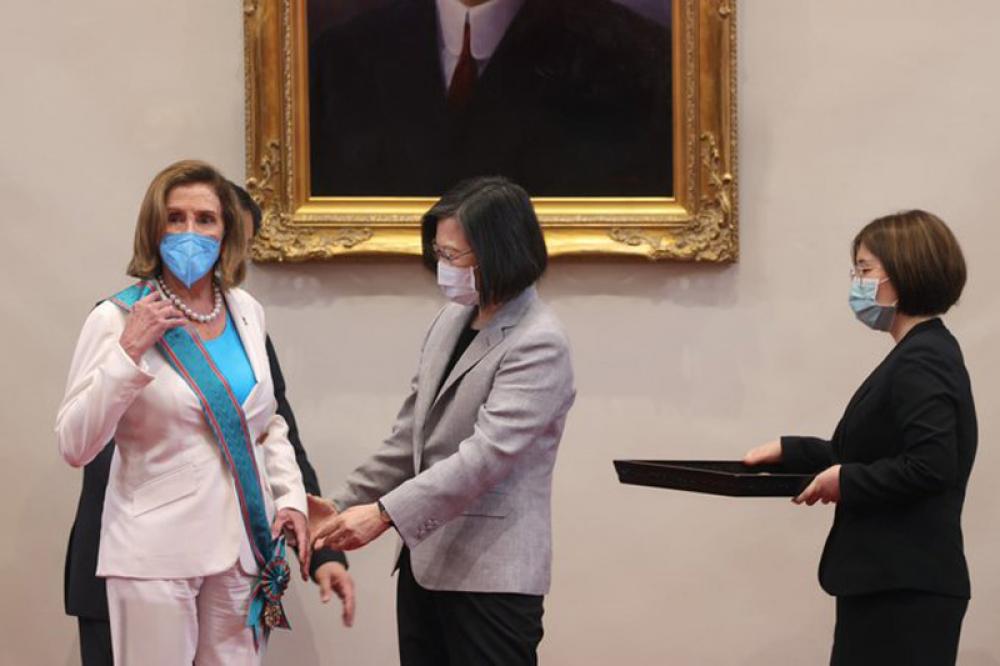 Taipei: Taiwan President Tsai Ing-wen on Wednesday criticized China for its planned live-fire military drills starting from Thursday in the six maritime areas near the Island, calling it "unnecessary".

Speaking at a press event with Pelosi at the Presidential Office, Tsai said she told the visiting speaker that Taiwan had always been committed to maintaining the status quo, CNA news reported.

The President said Taiwan welcomed US Congressional delegations over the years and that the "normal practice of friends visiting each other is inherent in their culture of hospitality'.

"Military drills are unnecessary responses. Taiwan has always been open to constructive dialogue," CNA English News quoted her as saying, adding that Taiwan would continue to work with stakeholders "to bring stability and peace in the region".

Asked by CNA about Beijing's response to her visit, Pelosi said she was not sure why Beijing "made a big fuss" over her Taipei trip though she speculated it may have been because she was the House speaker.

"The military drills could also be the result of certain insecurities on the part of the president of China as to his own political situation that he's rattling the saber," CNA quoted Pelosi as saying.

"But it doesn't really matter. What matters to us is that we salute the successes of Taiwan. We work together for the security of Taiwan. And we just take great lessons from the democracy," she said.

Pelosi reiterated Washington's stance that it supported the cross-Taiwan Strait status quo. "We don't want anything to happen to Taiwan by force."