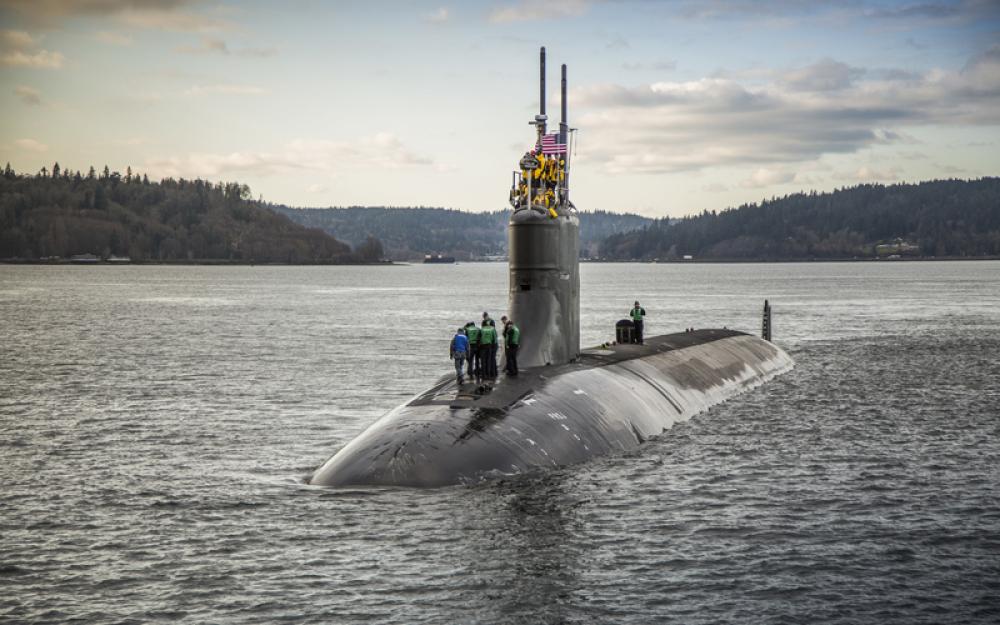 Hawaii, United States (JEN): Amid soaring tensions between the United States and China over the Chinese military's incursions into Taiwan's Air Defense Identification Zone (ADIZ), a US nuclear powered submarine struck an 'unknown' submerged object in the South China Sea on Oct 2, according to US Navy officials.

The US Pacific Fleet, in a brief statement released on Thursday, said that USS Connecticut (SSN 22), a Seawolf-class fast-attack submarine, hit an object while submerged last Saturday (Oct 2), while conducting routine operations in international waters in the Indo-Pacific region.

A number of sailors on board the US Navy submarine were injured in the accident, though the US Pacific Fleet, in its statement, confirmed that none of the injuries were life-threatening.

The #USNavy Seawolf-class fast-attack submarine struck an object while submerged on Oct. 2, while operating in international waters in the Indo-Pacific region. There are no life threatening injuries.

The Guardian reported quoting US defence officials that 11 sailors on board the USS Connecticut were hurt– two of them suffered moderate injuries and the rest had minor scrapes and bruises– and all were treated on the sub.

Meanwhile, BBC reported at least 15 sailors had received minor injuries in the accident.

The US Navy stated that USS Connecticut remained in a "safe and stable condition", and it was fully operational, adding that the nuclear propulsion plant and spaces in the submarine were not affected in the accident.

The US Pacific Fleet said in the statement that the incident will be investigated and the extent of damage to the remainder of the submarine was being assessed.

The US Navy did not specify the exact location where the accident happened and announced the matter officially, nearly a week after the incident, to "maintain operational security".

A US Navy spokesperson said the USS Connecticut is now headed towards port at Guam.