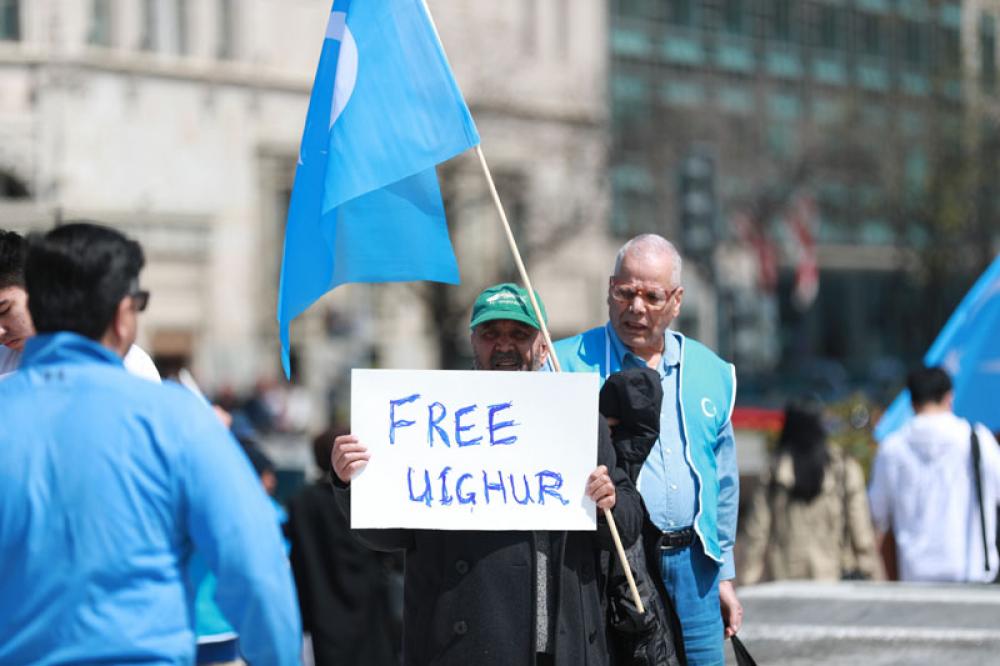 Washington: The United States government should vigorously enforce a new law that aims to prevent imports linked to forced labor by Uyghurs and other persecuted groups in China, Human Rights Watch has said.

The Uyghur Forced Labor Prevention Act (UFLPA), which goes into effect on June 21, 2022, gives US authorities increased powers to block the import of goods linked to forced labor in China.

Since 2017, Chinese authorities have committed crimes against humanity against Uyghurs and other Turkic Muslims in the northwest Xinjiang region, detaining as many as one million people and subjecting detainees and others to forced labor inside and outside Xinjiang.

The new law creates a presumption that goods made in whole or in part in Xinjiang, or produced by entities in China linked to forced labor, are not eligible to be imported into the United States.

“The new US law means it’s no longer business as usual for companies profiting from forced labor in China, and Xinjiang especially,” said Jim Wormington, senior researcher and advocate for corporate accountability at Human Rights Watch. “Companies should swiftly identify any supply chain links to Xinjiang and exit the region or risk violating US law and seeing their goods detained at the US border.”

On June 13, The US Customs and Border Protection Agency issued guidance to importers on the law’s implementation.

The guidance states that importers are expected to map their supply chains down to the raw material level to identify whether their products are made wholly or in part in Xinjiang or by entities linked to forced labor.

The guidance also clarifies that companies importing products from outside China should still investigate their full supply chain given the risk that goods were produced with forced labor in China before being transferred to third countries.

Credible research has linked a wide range of products imported into the US to forced labor in China, and Xinjiang specifically, such as the cotton in major clothing brands and the polysilicon in solar panels.

If customs officials identify a product as produced in whole or in part in Xinjiang or from an entity listed as linked to forced labor, the law requires importers to provide “clear and convincing evidence” that goods are free from forced labor. The US government’s guidance lists the evidence that importers could rely on, including supply chain mapping indicating the factories or other facilities where the goods were produced; information on the workers at each facility, including on wage payments and recruitment practices; and audits to identify and remediate forced labor.

For companies sourcing from Xinjiang, however, providing “clear and convincing evidence” is a near impossible bar to clear. The extent of Chinese government surveillance and threats to workers and auditors currently prevents companies from meaningfully evaluating the use of forced labor at factories or other facilities in Xinjiang.

Even elsewhere in China, the arrests of labor activists, a prohibition on independent trade unions, government surveillance, and the Chinese government’s anti-sanctions laws pose serious obstacles to identifying and remediating the risk of forced labor and other human rights abuses.

Companies with operations, suppliers, or sub-suppliers in Xinjiang should instead relocate their facilities or supply chains elsewhere, Human Rights Watch said.

The federal Forced Labor Enforcement Task Force, a multiagency group, will issue additional guidance on implementing the law on June 21.

US guidance should make clear that brands, retailers, industry organizations, and multi-stakeholder initiatives should stop conducting or commissioning audits and certifications in Xinjiang.

On March 9, Human Rights Watch sent written comments to the task force underscoring the need for supply chain transparency and the difficulty of conducting effective human rights due diligence in China, especially in Xinjiang.

Effective enforcement of the forced labor law will require US customs officials to identify Xinjiang-linked products from among the vast number of goods imported into the United States, Human Rights Watch said.

Customs officers should identify importers in sectors at risk of forced labor links and request information from those companies on their supply chains.

If importers fail to provide adequate responses, customs officials should view this as possible evidence that the products include material from Xinjiang or from entities linked to forced labor.

To demonstrate that they are effectively enforcing the new law, customs officials should be transparent about their enforcement actions.

Customs and Border Protection should release monthly data on its website describing the goods it holds, re-exports, excludes, or seizes, including information on the company importing the banned goods, the nature of the goods, their approximate value, and the reason for the enforcement action.

The US government should also enforce existing laws to impose financial penalties on companies for importing or attempting to import goods linked to forced labor in China, and use the Trafficking Victims Protection Act to prosecute corporations and company officials who engage in criminal conduct.

“Companies will be watching closely to see how robustly the US government enforces the new forced labor law,” Wormington said. “It’s vital for US Customs to send a message to businesses, China, and the American public that the US government will not ignore forced labor and crimes against humanity against the Uyghur people.”