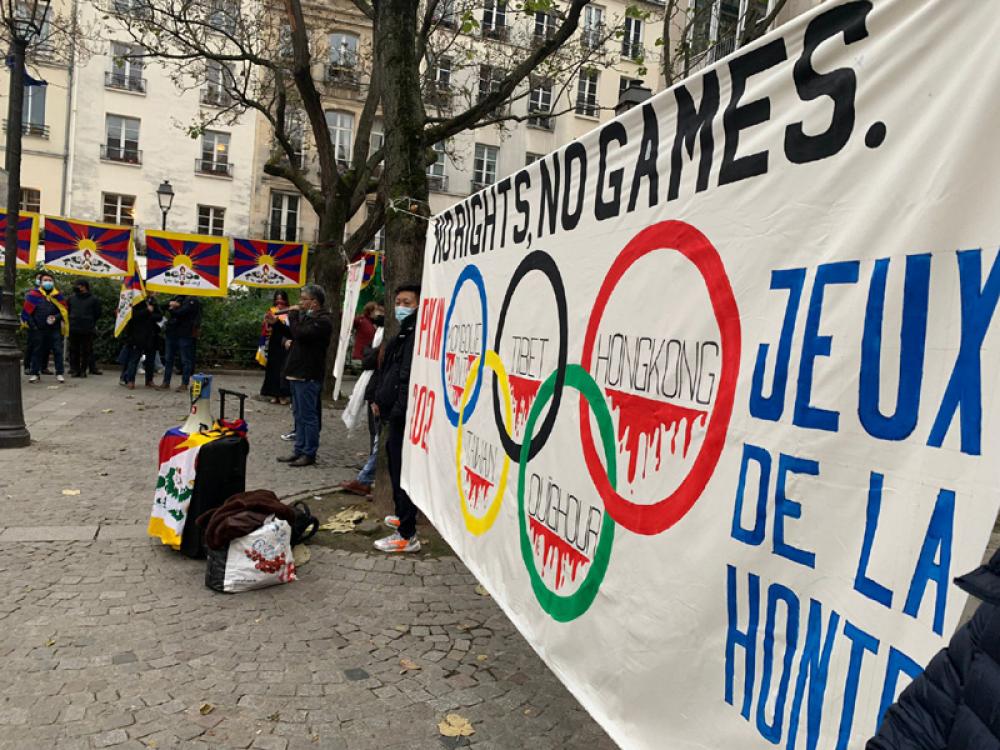 They campaigned against the Beijing 2022 Winter Olympics.

The main speaker at the demonstration was Dhondup Wangchen, a Tibetan filmmaker and a former political prisoner, who is on a 22 country tour to request politicians, journalists and the citizens to boycott the 2022 Beijing Olympic games, reports Tibet.net.

During the speech he narrated his own experience as a political prisoner in China and the deteriorating human rights situation in Tibet.

Wangchen will be recording video messages from people around the world and submit the same to the International Olympic Committee at the end of his tour. 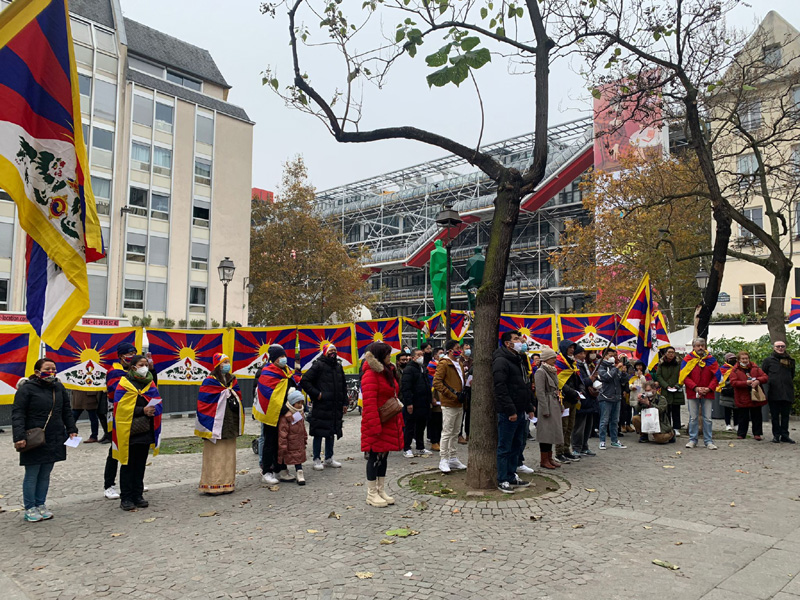 During his Paris visit, Wanchen is scheduled to have separate meetings with  François Vauglin, Mayor of Paris 11, Mr.Jean-Luc Romero-Michel, Deputy Mayor of Paris, Raphael Glucksman, European Member of Parliament , and Senators and Deputes of the Tibet support.