Yemen: Human right violations against journalists, coming ‘from all quarters’ 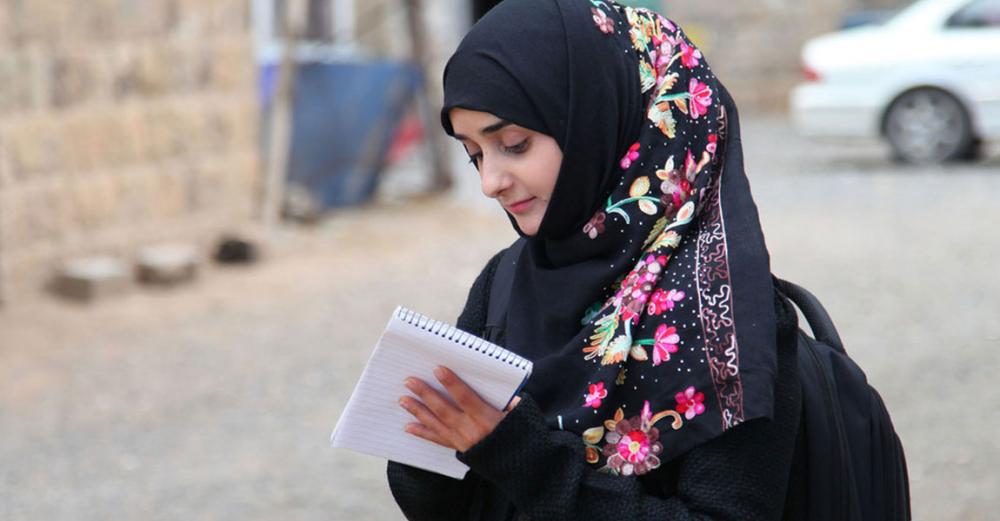 New York: Unparalleled rights violations and abuses against journalists are being carried out by all parties to the armed conflict in Yemen, the UN human rights chief said on Thursday

“Journalists are under attack from all quarters”, said the High Commissioner for Human Rights, Michelle Bachelet.

The high number of rights violations against journalists across the war-torn country include killings, disappearances and death sentences in violation of international human rights law.

Since just the start of April, the UN Human Rights Office (OHCHR) has documented an assassination and an abduction, three cases of arbitrary arrest and detention, the sentencing of four journalists to death – in violation of international human rights law – and the jailing of six others, three physical assaults and threats of physical violence.

“They are killed, beaten and disappeared; they are harassed and threatened; and they are jailed and sentenced to death for merely trying to shine a light on the brutality of this crisis”, lamented Ms. Bachelet.

Sliding from ‘bad to worse’

The situation is sliding “from bad to worse”, the UN rights chief said, adding that reeling from years of fighting between pro-Government forces and Houthi rebels for control of the Arab nation, Yemen is still considered the world’s largest humanitarian crisis.

“Those responsible for reporting on the atrocities committed during the armed conflict and the accompanying pain and suffering endured by civilians, are themselves being targeted”, she pointed out.

Among other incidents, on 11 April, the Specialized Criminal Court in the Houthi-held capital of Sana’a, sentenced four journalists to death and six others to jail, on charges of “publishing and writing news, statements, false and malicious rumors and propaganda with the intent to weaken the defense of the homeland, weaken the morale of the Yemeni people, sabotage public security, spread terror among people and harm the country’s interest”.

The rights office (OHCHR) in a press release, said that despite a pending appeal of the conviction before the Appellate Division of the Court, concerns were growing that the de facto authorities might carry out the death sentence against the four journalists.

During their five-year detention, the four have been denied family visits, access to their attorney, and healthcare, as well as “reportedly tortured and subjected to cruel, inhuman and degrading treatment”, said OHCHR.

In April, the Specialized Criminal Court ordered that the other six journalists imprisoned be released and placed under police surveillance. Only one has since been released, according to the UN human rights office.

On 2 June, in Dar Sa’ad district, Aden governorate, Agence France Presse (AFP) photojournalist Nabeel Al-Qitee’e was assassinated in front of his house by unidentified gunmen, said OHCHR. He had been reporting on the clashes between the Government and the Southern Transitional Council in Abyan.

The safety of journalists is essential to the civil, political, economic, social and cultural rights of us all -- UN rights chief

Since the start of the conflict in March 2015, OHCHR has documented 357 human rights violations and abuses against journalists, including 28 killings, two enforced disappearances, one abduction, 45 physical assaults; and 184 arbitrary arrests and detentions.

“The safety of journalists is essential to the civil, political, economic, social and cultural rights of us all, and in the context of armed conflict they play a vital role in uncovering the truth and holding the parties to the conflict to account publicly”, Ms. Bachelet said, calling on all involved in the fighting to “release detained journalists, and to investigate and punish those responsible for attacks and threats against journalists”.

The High Commissioner underscored that journalists are also protected under international humanitarian law as civilians and that attacks against them “may amount to war crimes”.