Kashmir and 1947 Genocides: Who is handling hate-spewing Twitter handle of Imran Khan? 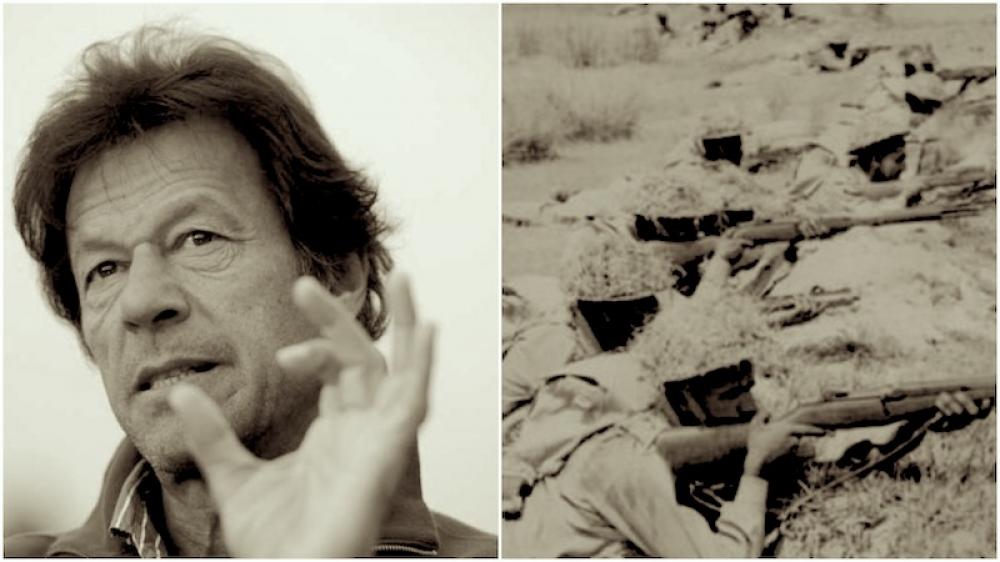 A careful examination of only two of a long list of atrocities committed by Pakistan during the events that unfolded on and after October 22, 1947 will help  establish who is the actual illegal occupier of Kashmir and who should be brought to the International Court of Justice  for War Crimes. These two incidents are operation Gulmarg and the Mirpur massacre, writes UK-based human rights activist from PoK  Dr Amjad Ayub Mirza as Imran Khan's Twitter handle remain abuzz with hateful anti-India propaganda

It is out of office hours, however, Pakistani Prime minister Imran Khan’s Twitter account is still active at 20:00 hours on May 20. Tweets spewing hate against Indian armed forces and Prime minister Narendra Modi are bombarded upon 11.7 million of Imran’s Twitter followers.

The tweets, that continue uninterruptedly right through the midnight, claim Jammu Kashmir union territory to be under the ‘illegal occupation’ of India and accuses Indian government of violating the 4th Geneva Convention by committing war crimes!

These, and several other similar tweets issued from Mr Khan’s Twitter account; demonstrate that the Pakistani government has no empathy, shame or remorse for the crimes that the Pakistani army and the Pathan tribal Lashkar committed against my people back in the autumn of 1947.

A careful examination of only two of a long list of atrocities committed by Pakistan during the events that unfolded on and after October 22, 1947 will help to establish who is the actual illegal occupier and who should be brought to the International Court of Justice and tried for Crime-of-Aggression, Crimes-Against-Peace and Crimes-Against- Humanity or put simply - War Crimes. These two incidents are operation Gulmarg and the Mirpur massacre.

On August 12, 1947 the Maharaja of the princely state of Jammu Kashmir and Aqsa e Tibetha made a stand still agreement with the governor general of Pakistan, Mohammed Ali Jinnah, according to which it was agreed upon that Jammu Kashmir would remain independent.

This agreement was made in light of the provision given in the India Independence Act of July 8, 1947 passed at Westminster, which gave choice to the 560 so princely states to either join Pakistan or India or to remain independent. 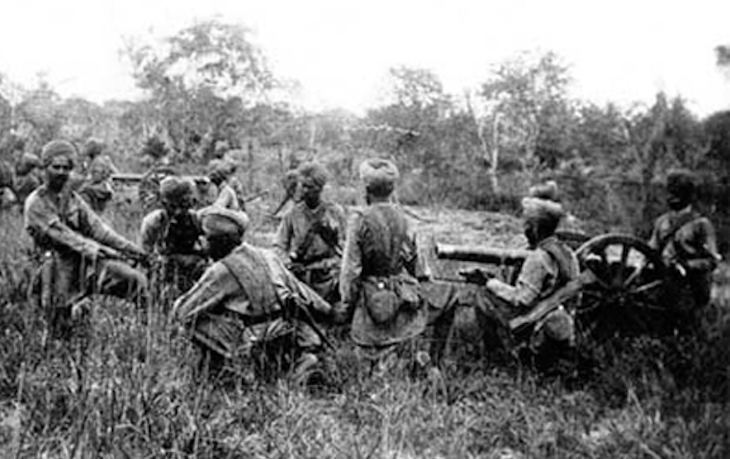 Mr Khan, it was your rouge army that on October 22, 1947, along with 50,000 tribal men launched an unprovoked attack on my cities in the State of Jammu and Kashmir from five entry points1 causing a War-of-Aggression. Your country had started planning for Operation Gulmarg as early as August 19472 therefore conducting Crime-Against-Peace.

Khan sahib, the Pakistan Army that has now handpicked you to do their dirty work to subjugate the poor people of Pakistan is actually guilty of occupying my forefathers' land, committing murder of innocent civilians and destroying their properties. Not only that, your army is also responsible for committing Crimes- Against-Humanity. The worst example of which is the massacre of innocent civilians from my hometown- Mirpur.

On November 25, 1947 Pakistan Army and tribesmen entered the city of Mirpur. No sooner that they had entered that looting and massacre of our Hindu and Sikh population began. At the time there were more than 75,000 Hindus and Sikhs living in Mirpur district, which comprised around 20% of the population. Only 2500 of them managed to make a retreat to Jammu under the protection of the retreating Jammu Kashmiri State Forces. Those who were left behind were escorted to a Gurudwara in Alibeg that was turned into a prison camp. 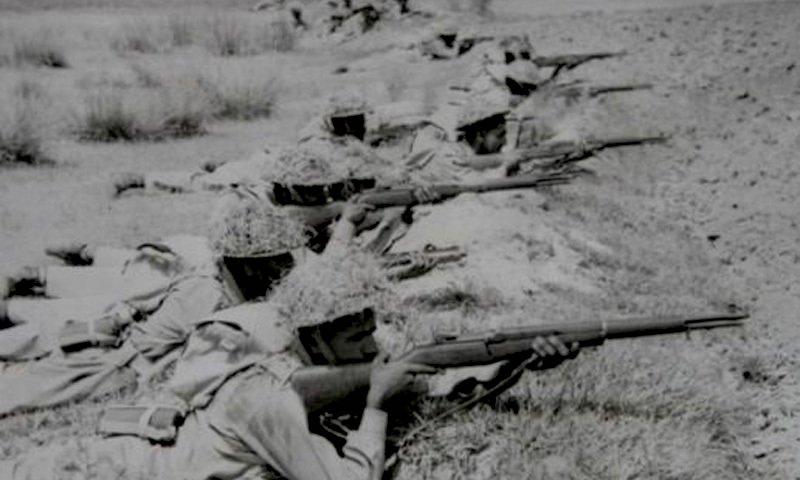 A total of around 20,000 (some estimates claim 50,000) Hindus and Sikhs were killed during this period. This, Khan sahib, is called Crime-Against-Humanity. November 25 is commemorated in their remembrance as Mirpur Day in Jammu even today.It was under these circumstances for which only Pakistan is to be blamed that Maharaja Hari Singh decided to join the Indian Union and signed an instrument of accession on October 26, 1947 thereby permitting Indian armed forces to enter Srinagar and push Pakistan army back.

The instrument of accession included all parts and populations of the state of Jammu Kashmir including Muzafarabad and my city, Mirpur. So how on earth do you claim in your tweet that Indian Army is an occupying force? How dare you shed crocodile tears over the miseries of Kashmiris when your army and your state are responsible to bring destruction, rape and death on my people and the painful division of Jammu?

The 4th Geneva Convention dated August 12, 1949 sets out rules for the ‘protection of civilian persons in time of war’.3 Article 3-1 of the Convention clearly states, ‘Persons taking no active part in the hostilities (during war time)...shall in all circumstances be treated humanely, without any adverse distinction founded on race, colour, religion or faith, sex, birth or wealth, or any other similar criteria’.

In Article 3-1-a/b and c, the Geneva Convention prohibits ‘violence to life and person, in particular murder of all kinds, mutilation, cruel treatment and torture...taking hostages...outrages upon personal dignity...carrying out of executions without previous judgment pronounced by a regularly constituted court’.4 Would you call the treatment given by your army and mercenary tribesmen ‘humane’? Was the murder and rape of Hindu and Sikh men and women not committed on the basis of the faith of the Mirpur victims?

Were they not made hostages and given cruel treatment of the worst kind while on foot heading for the Alibeg prison camp?

And, Khan sahib is it not your army which indulged itself in ‘carrying out  of executions (at Alibeg) without previous judgment pronounced by a regularly constituted court’? From January to March 2020, 1,197 incidents of cross border firing by Pakistani troops have been recorded.

We all know that the cross border fire is meant to provide cover fire each time you send jihadi terrorists into Jammu Kashmir. In March alone your army had committed 411 such violations. For how long are you going to keep extending you War-of-Aggression that was code named Operation Gulmarg?

It is Pakistan, Khan sahib, who has occupied my forefathers' land and not India. It is your army and tribesmen who committed murder, rape and displacement of our people, not India. And it is your state that has and continues to this day violate the 4th Geneva Convention.Khan sahib, one cannot help to wonder who is handling your Twitter account.

The hateful anti-India propaganda language used by your army to befool its subjects and which is totally devoid of any actuality is constantly being tweeted from you account. Hence it seems more likely to be the work of your newly appointed information adviser, the duffer General Asim Bajwa.

(Dr Amjad Ayub Mirza is an author and a human rights activist from Mirpur in PoJK or PoK. He currently lives in exile in the UK. The view expressed in the article is of the writer.)