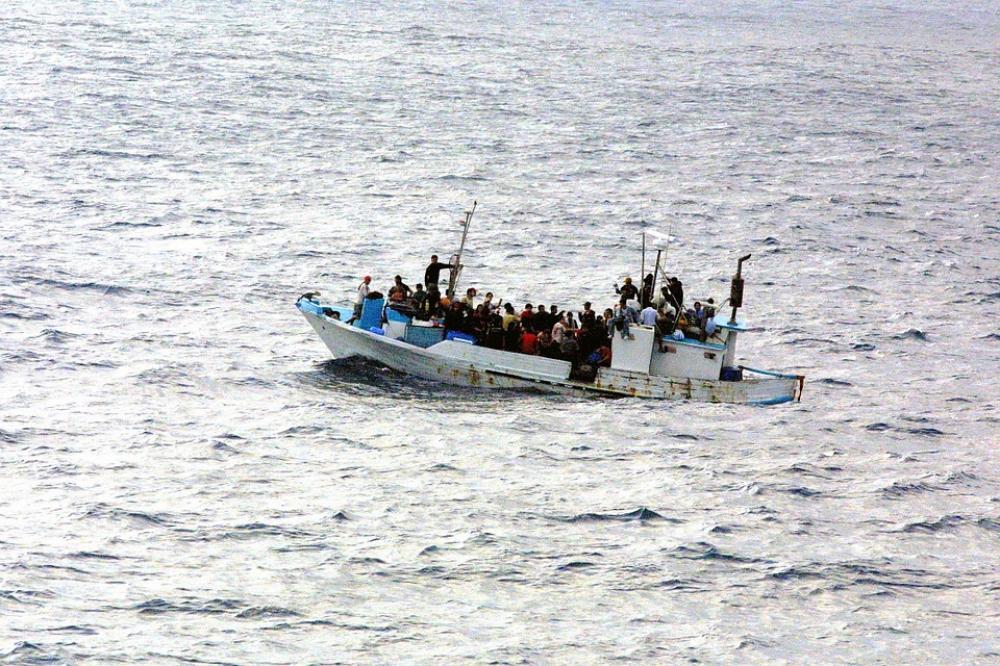 Rome (Xinhua/UNI) A group of 57 men and one woman crossed the Mediterranean from Libya to Italy on a small vessel, reaching the Italian island of Lampedusa just before dawn on Friday, local media reported.

The coast guard escorted the incoming vessel to port, where the 58 passengers disembarked, as seen in televised images on both public and private television.


The migrants have been taken to a hotspot, or migrant identification center. They are from Algeria, Bangladesh, Gambia, Libya, Morocco and Syria, Italian news agency ANSA reported.


According to the Interior Ministry, a total of 1,425 migrants reached Italy so far this year, down 86.83 percent compared to the same period last year. The ministry also said Italy has repatriated 2,530 foreigners between Jan. 1 and May 19.


Italy's Interior Minister Matteo Salvini, also head of the anti-migration League party, credits the drop in arrivals to his policy of shutting Italy's ports to migrant vessels, or any vessels who try to help them.


However, Lampedusa Mayor Salvatore Martello, whose island lies close to the coast of Africa, said that migrant boats have never stopped arriving, in spite of what he called Salvini's "advertising campaign".


"The purpose is to erase Lampedusa and to tell Italians that immigrants can't arrive here anymore because the ports are closed," Martello told Euronews in a recent interview.


"But the reality is different. Refugees have never stopped disembarking on our shores. So whatever is being said by the interior minister, doesn't match reality."


Also on Friday, the International Organization for Migration (IOM) reported that so far this year, 512 people have drowned in the Mediterranean while trying to reach Europe from North Africa, down from 638 such deaths in the same period last year.


Immigration is a hot-button issue in Italy ahead of the European Parliament elections, which take place here on Sunday.


Salvini's League party is currently polling at number one in Italy with around 30 per cent of consensus, up from its 17 per cent showing in the general election last year.