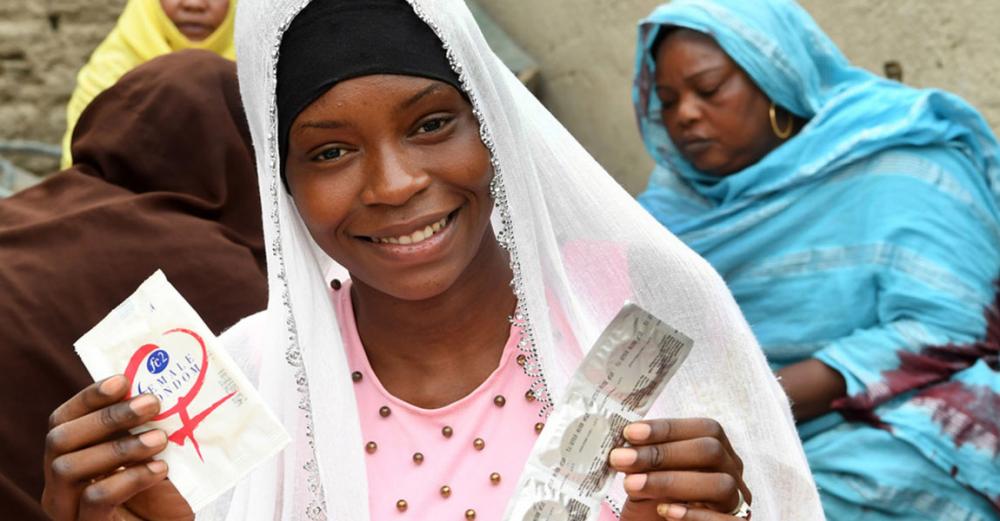 New York: When people living with HIV actively participate in their own care, new infections decline and more affected people access treatment, according to a new report launched on Tuesday by UNAIDS, the United Nations agency leading the fight against the disease.

Power to the people, released ahead of World AIDS Day on Sunday, illustrates that when people have the power to choose and work together, lives can be saved, injustices prevented and dignity restored.

“When people and communities have power and agency, change happens,” said UNAIDS Executive Director, Winnie Byanyima. “The solidarity of women, young people, gay men and other men who have sex with men, sex workers, people who use drugs and transgender people, has transformed the AIDS epidemic – empowering them will end the epidemic.”

Significant progress has been made, particularly in expanding access to treatment. As of mid-2019, an estimated 24.5 million of the 37.9 million people living with HIV were able to access it. Moreover, as treatment roll-out continues, fewer people are dying of AIDS-related illnesses.

However, since 2010, new HIV infections have only slightly declined, while the rise of new cases in some regions is causing mounting concern.

Some 320 children and adolescents died every day from AIDS-related causes in 2018, or 13 every hour, according to a global snapshot on children, HIV and AIDS released by UN Children’s Fund UNICEF on Tuesday.

Low access to antiretroviral treatment, in addition to limited prevention efforts, is a leading cause for these deaths, with only 54 per cent of children up to the age of 14, living with HIV in 2018 – or 790,000 children – receiving lifesaving antiretroviral therapy.

“The world is on the cusp of making great gains in the battle against HIV and AIDS, but we must not rest on the laurels of progress made,” said UNICEF Executive Director Henrietta Fore. “Neglecting testing and treatment initiatives for children and adolescents is a matter of life and death, and for them, we must choose life.”

In eastern and southern Africa, the region most affected by HIV, the rate of incidences among girls and women between 15 and 24, showed a marked decline between 2010 to 2018.

Nevertheless, the report flags that girls account for four-out-of-five new HIV infections among adolescents in sub-Saharan Africa where around half of women and girls aged 15–19, have unmet contraception needs.

“In many parts of the world, significant progress has been made in reducing new HIV infections, reducing AIDS-related deaths and reducing discrimination…but gender inequality and denial of human rights are leaving many people behind”, stressed the UNAIDS chief.


Each week, some 6,000 young women and girls are infected with HIV.

Moreover, by doing unpaid and often undervalued work – looking after the sick, elderly and disabled – they underpin fragile social support systems that hinder their community involvement in the HIV response.

“This must change”, UNAIDS stated.

Men who have sex with men, transgender people and sex workers account for at least 75 per cent of new HIV infections, and they are less likely to be on treatment. Furthermore, more than a third do not know their HIV status.

“Social injustices, inequality, denial of citizenship rights and stigma and discrimination are holding back progress against HIV and the Sustainable Development Goals”, Ms. Byanyima said.

UNAIDS urged all countries to bolster community-led organizations, indicating that sitting at decision-making tables not only supports the well-being of their communities but also removes barriers.

To better respond to their needs, UNICEF encouraged governments and partners to improve HIV testing and treatment data for youth.

It pressed for investing in` and implementing innovative interventions “to urgently close the persistent testing and treatment gap for children and adolescents living with HIV”.

“The cost of failing to test and treat every child at risk of HIV is one we measure in children’s lives and futures – a cost that no society can afford”, concluded Fore. “HIV initiatives need to be fully funded and equipped to preserve, protect and improve the quality of life for children, in the first and second decades”.

Photo caption and creidt:
UNICEF/Frank Dejong
In the center of Chad, 19-year-old Achta holds up condoms during an HIV awareness-raising session in her Moussoro community. (March 2019)