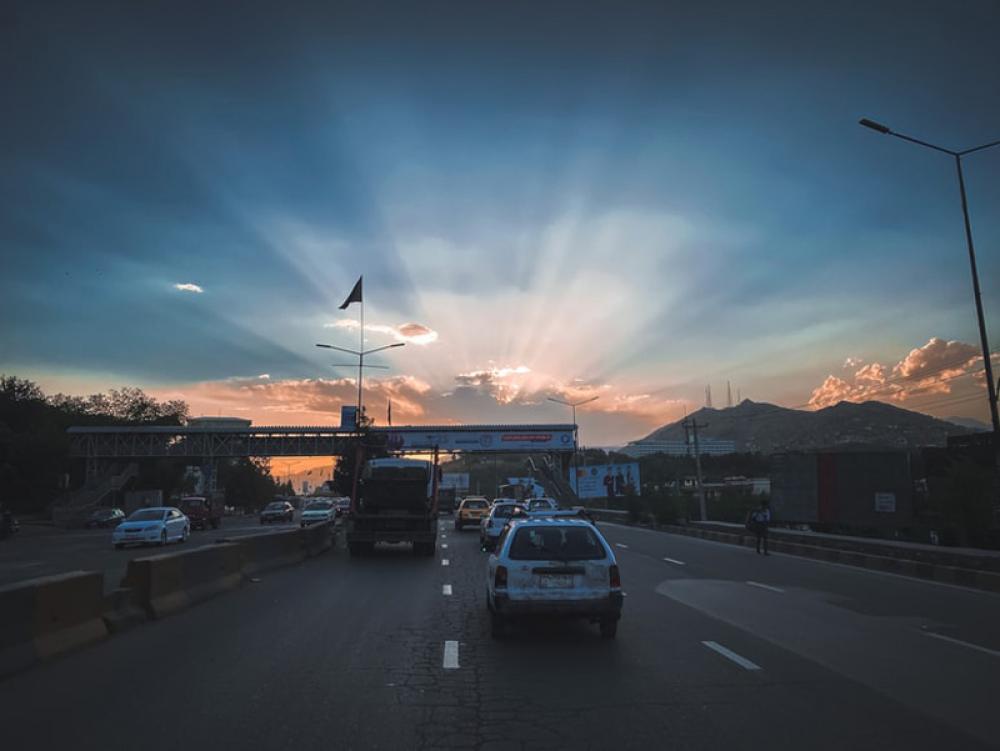 The bomb struck in front of a police patrol vehicle, injuring two security personnel, he told the news agency.