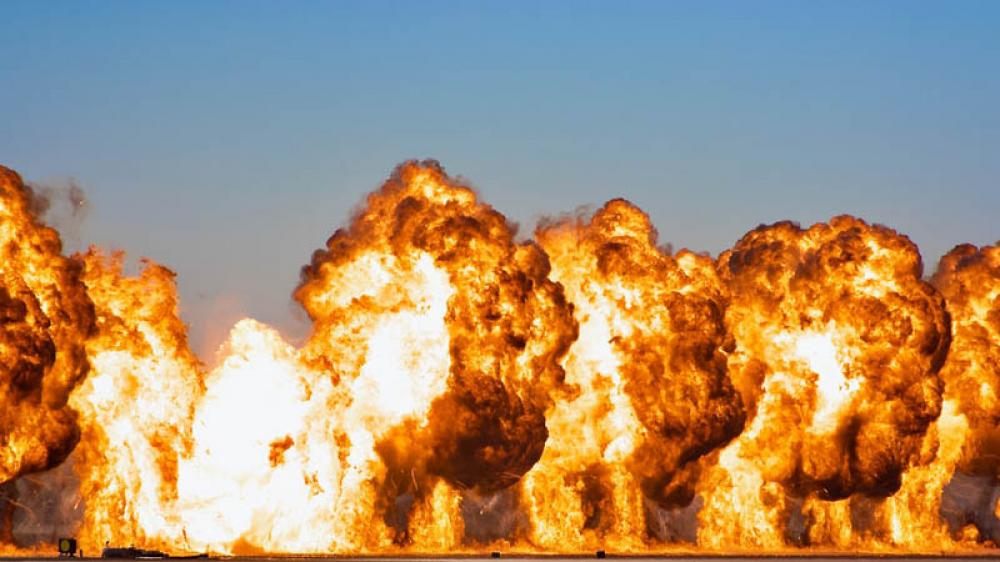 Kandahar: At least 16 people died and 32 others were injured as a blast rocked a Shia mosque in Afghanistan's  Kandahar province on Friday, media reports said.

The blast occurred when Friday prayers were offered in the mosque.

Another Juma & another attack on the Shia of Afghanistan. It is absolutely ridiculous to expect terrorists to provide protection to Afghans against other terrorists. The World has thrown Afghans to the wolves. The cost of this new "great game" is more Afghan deaths#KandaharBlast pic.twitter.com/tdTg9jCYC5

Pictures from inside Bibi Fatima mosque show shattered windows and bodies lying on the ground and other worshippers trying to help, reports BBC.

#KANDAHAR_ATTACK
Today’s blast happened again during Friday prayers. According to local residences, the number of casualties from today’s attack in the Shia mosque in Kandahar is high. pic.twitter.com/QDZKVT2e4g

Local officials told TOLO News that 16 people were killed and nearly 40 others wounded.

Fatemiyah Grand Mosque is the largest #Shia mosque in #Kandahar. It is always packed with hundreds of worshippers on Fridays. The picture on the left shows an ordinary Friday, on the right the aftermath of today’s blast. Truly heartbreaking! #Afghanistan pic.twitter.com/zpRoLokB81