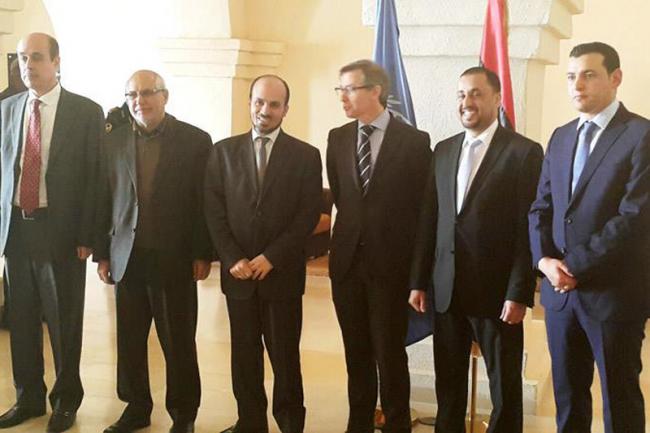 New York, Feb 12 (JEN) Libyan stakeholders have convened in the western Libyan city of Ghedames for the latest round of United Nations-facilitated dialogue aimed at resolving the North African nationâ€™s political crisis, the UN Support Mission in Libya (UNSMIL) said on Wednesday.

In a press release, UNSMIL noted that the talks, the previous two rounds of which were hosted by the UN Office at Geneva, brought “all invited participants” together for the first time and were conducted in “a constructive and positive atmosphere.” “Discussions focused on the points that were agreed upon in the agenda of the dialogue, including proposals for organizing the work ahead and agreement on a clear timetable that takes into consideration the wishes of the parties to reach a speedy political solution to prevent further security and political deterioration and end the institutional division that threatens the country’s unity,” UNSMIL explained, adding that participants had agreed to continue the dialogue in the coming days. In addition, the Mission noted, participants at the meeting also called on all parties to work towards a “military de-escalation on all fronts” to allow continued dialogue amid a “positive environment.” Libya's protracted conflict has caused a humanitarian crisis with at least 120,000 people forced to flee their homes, resulting in consequent shortages in both food and medical supplies along with mounting numbers of casualties. A recent burst of violence has further rattled the war-weary nation, in conflict since the beginning of its civil war in 2011, which resulted in the ouster of late Libyan leader Muammar Gaddafi. In the eastern city of Benghazi, an uptick in violence has seen 450 people killed since October 2014 as residents continue to face shortages in medical care. Moreover, upwards of 15,000 families – some 90,000 people – have been displaced. Photo: UNSMIL