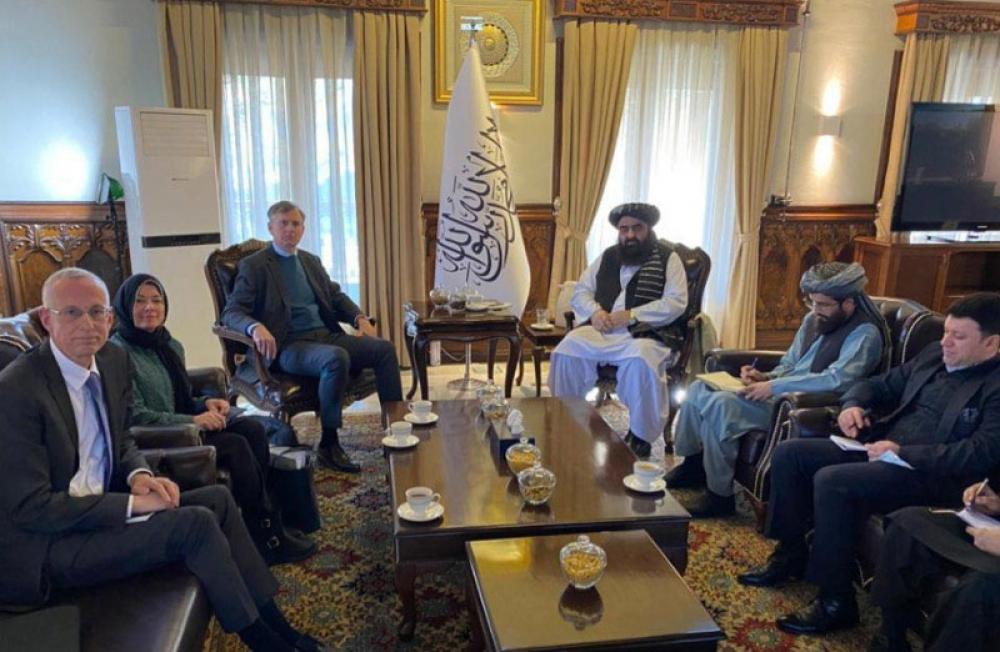 Kabul: British officials held talks with Taliban representatives in Afghanistan on the current humanitarian crisis situation in the country.

A British Foreign Office spokesperson said in a statement: "UK representatives returned to Afghanistan today for talks on how to respond to the country’s deepening humanitarian crisis."

During this visit to #Kabul with @HugoShorter I stressed the ðŸ‡¬ðŸ‡§ deep concern over the plight of the Afghan people during this catastrophic humanitarian crisis. Also the importance of principled humanitarian access and delivery @tariqahmadbt @DeborahLyonsUN @RamizAlakbarov https://t.co/sjOvcMc5Mj

"As well as discussing the dire humanitarian situation, officials made clear to the Taliban the UK’s serious concerns about human rights, including those of women, girls and minorities, and the treatment of women’s rights activists," said the spokesperson.

The Taliban captured power in Afghanistan in 2021 after entering Kabul on Aug 15.

The Taliban kept taking control over regions in the country ever since the foreign forces announced their decision to leave Afghanistan.