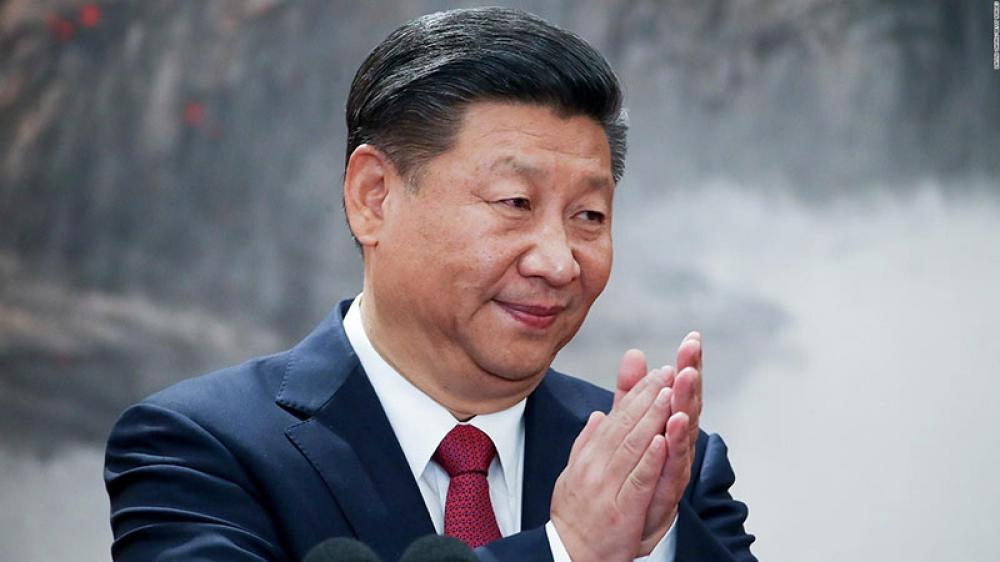 Beijing; Chinese President XI Jinping has vowed to pursue the "reunification" with Taiwan, which Beijing observes as a breakaway province, in a peaceful manner.

Speaking in the Great Hall of the People to commemorate the 110th anniversary of the revolution that ended the country's last imperial dynasty, Xi was quoted as saying by CNN the biggest obstacle to the reunification of China was the "Taiwan independence" force.

"Those who forget their heritage, betray their motherland and seek to split the country will come to no good," Xi said.

Taiwan considers itself a sovereign nation.

The Chinese Communist Party has never governed the island.

Xi said on Saturday he wanted to see peaceful reunification occur under a "one country two systems" policy, similar to that used in Hong Kong, reports CNN.