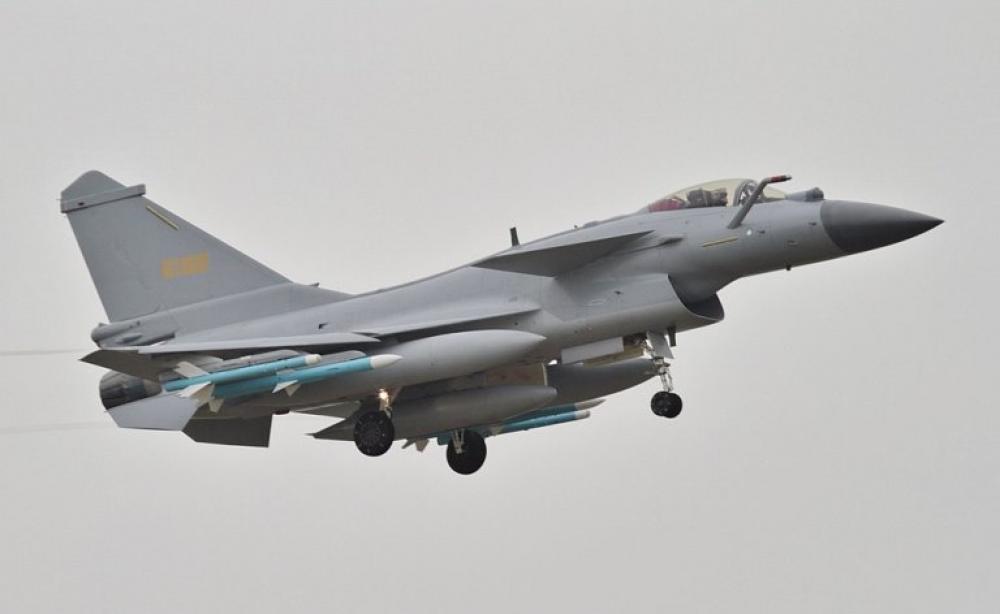 The military planes included fighter jets, bombers, anti-submarines and early warning aircrafts. This surpassed the previous peak of 25 planes reported on April 12, according to CNN

China claims Taiwan, an island off the southeastern coast of its mainland, as its integral part, though both the sides have governed separately for more than 70 years.

The military airplanes were flown after G7 leaders Sunday issued a joint statement hitting out at China over a number of issues and highlighting the significance of peace and stability across the Taiwan Strait which Beijing termed as "slander".

The planes were also sent to Taiwan to demonstrate China's might in response to the landing of a US Air Force C-17 transport jet in Taipei.

The CNN report, citing experts, said the move was viewed as a humiliating defiance of Beijing's claim of sovereignty over Taiwan.

The flights also showed Taiwan and the US that China perceived their military cooperation as a threat.

According to experts cited in the CNN report, the flight exercise was a planned one and not the result of the G7 statement; only the time had been adjusted according to the developments so that more aircrafts could be added in short notice.

With Tuesday's exercise, China probably was looking to gather intelligence for any potential conflict involving Taiwan, the CNN report said, citing experts, as the flights included intelligence gathering early warning aircraft which can measure Taiwan's response, information that could be relevant in the event of a possible combat mission in the future.

The Chinese aircraft flew in an area close to the Pratas Islands, bombers and some of the fighters flew around the southern part of Taiwan close to the bottom tip of the island according to a map the ministry provided, CNN report stated.