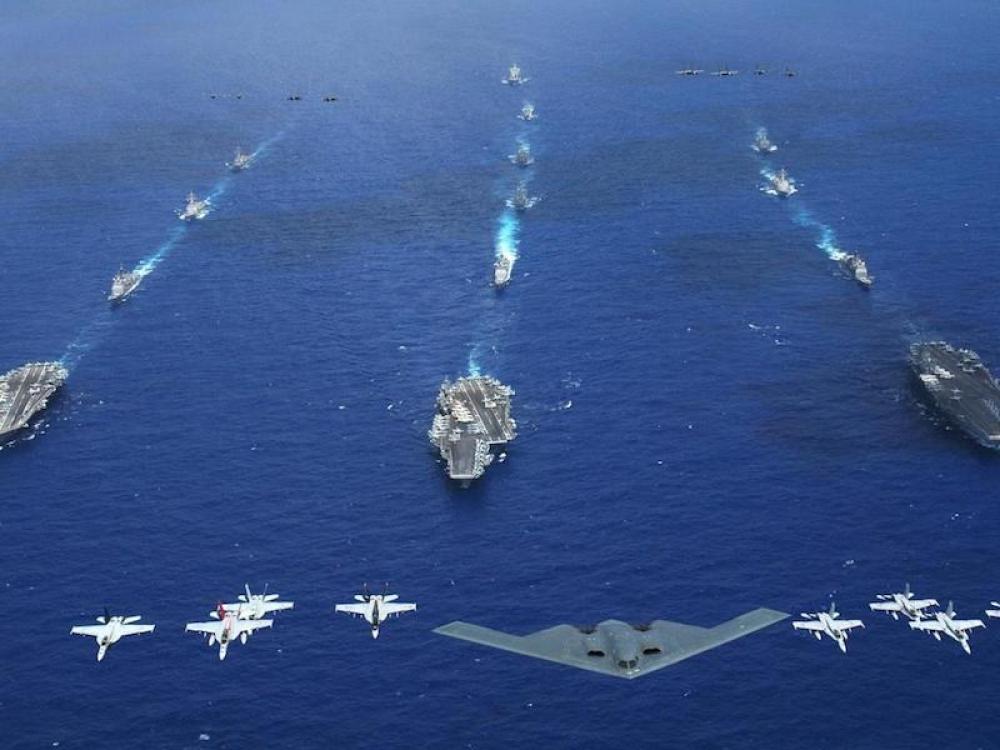 Hanoi: While the world calls out China for its role in the global transmission of COVID-19, the Asian giant is following an aggressive stance on South China Sea (SCS) region drawing protest from Vietnam which asked Beijing to maintain its sovereignty.

Taking advantage of the current scenario where nations are busy containing the deadly COVID-19, Beijing announced it is setting up two administrative units on islands in the South China Sea.

"This is China making administrative division adjustment within the scope of its sovereignty. It is conducive to improving and enhancing Sansha City's administrative management and promoting the coordinated development of the city's economic growth and environment protection."

It said: "China has sovereignty over the Xisha and Nansha Islands and their adjacent waters, and sovereign rights and jurisdiction over the relevant waters and the seabed and subsoil thereof. In accordance with domestic laws and regulations, the Chinese government has selected and published the names of some islands and reefs of the Xisha and Nansha Islands as well as the seabed of waters under its jurisdiction.

"This is what we do regularly in accordance with law to improve marine management, which also accords with international law and international practices."

The Chinese official made the remarks after Vietnam lodged a formal protest over China's action on the SCS.

"Viet Nam's consistent stance is strongly opposed to the establishment of the so-called 'Tam Sa city' and related acts because of a serious violation of Vietnam's sovereignty, invalid and unreasonable. recognized, not conducive to friendly relations between nations and complicating the situation in the East Sea, the region and the world," the spokeswoman said.

"Vietnam asks China to respect Vietnam's sovereignty, to abolish wrong decisions related to those jobs and not to have similar jobs in the future," she said.

China's Ministry of Civil Affairs said on Saturday that it had approved the establishment of the Xisha and Nansha districts, subdivisions of the city of Sansha on Hainan Island. Xisha will govern the Paracels and surrounding waters, while Nansha will cover the Spratly Islands and adjacent waters, reported Nikkei Asian Review.

Earlier this month, the U.S. government expressed serious concern after a Chinese Coast Guard vessel rammed and sank a Vietnamese fishing boat near the Paracels, reported the newspaper.

"We are seriously concerned by reports of the PRC’s sinking of a Vietnamese fishing vessel in the vicinity of the Paracel Islands in the South China Sea," Morgan Ortagus, the U.S. Department of State’s spokesperson, said.

"This incident is the latest in a long string of PRC actions to assert unlawful maritime claims and disadvantage its Southeast Asian neighbors in the South China Sea," she said.

"We call on the PRC to remain focused on supporting international efforts to combat the global pandemic, and to stop exploiting the distraction or vulnerability of other states to expand its unlawful claims in the South China Sea," she said.

Fishing vessel QNg 90617 TS with eight Vietnamese fishermen on board was operating in the Phu Lam (Woody) Island area of Vietnam’s Hoang Sa (Paracel) Islands in the East Sea, known internationally as the South China Sea, on April 2 when it was rammed and sunk by a Chinese coast guard vessel, reported Vietnamese online news portal VnExpress.

Three other Vietnamese fishing boats that tried to rescue the Vietnamese fishermen were chased, captured and towed by the Chinese vessel to Phu Lam Island and released the same day. The fishermen on the QNg 90617 TS vessel were safely returned to Vietnam on April 3, reported the news portal.