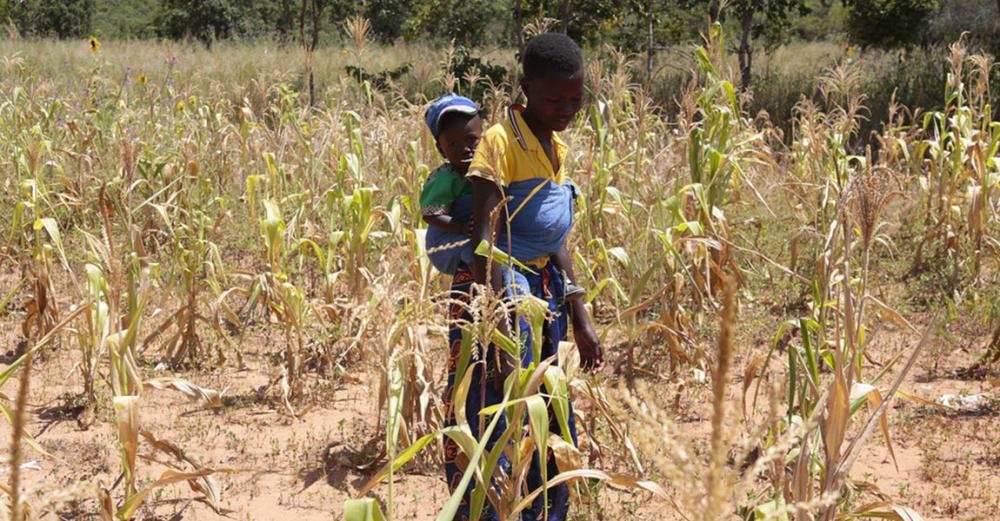 New York: Man-made starvation is “slowly making its way into Zimbabwe” and most households in the country are unable to obtain enough food to meet their basic needs, Hilal Elver, Special Rapporteur on the right to food, declared on Thursday.

The independent UN human rights expert was presenting her assessment on the current situation in Zimbabwe, concerning all aspects related to the right to food, following a 11-day visit to the country.

Because of hyperinflation, which, said Ms. Elver, has reached some 490 per cent, more than 60 per cent of the population is now “food-insecure”, in a country once seen as the breadbasket of Africa: “In rural areas, a staggering 5.5 million people are currently facing food insecurity, as poor rains and erratic weather patterns are impacting harvests and livelihoods”, she said. “In urban areas, an estimated 2.2 million people are food-insecure and lack access to minimum public services, including health and safe water”.

Elver described the figures as “shocking”, and warned that, due to factors such as poverty and high unemployment, widespread corruption, severe price instabilities, and unilateral economic sanctions, the crisis is getting worse.

Women and children ‘bearing the brunt’

Women and children are bearing the brunt of the crisis, said the Special Rapporteur, adding that the majority of children she had met were stunted and underweight. According to Ms. Elver, child deaths from severe malnutrition have been rising in recent months, and 90 % of Zimbabwean children aged six months to two years are not consuming the minimum acceptable diet: “I saw the ravaging effects of malnutrition on infants deprived of breast feeding because of their own mothers’ lack of access to adequate food”.

The situation for women, as described by the human rights expert, is equally stark, with women (and children) increasingly forced to drop out of school, being forced into early marriage, domestic violence, prostitution, and sexual exploitation.

I saw the ravaging effects of malnutrition on infants deprived of breast feeding because of their own mothers’ lack of access to adequate food Hilal Elver, Special Rapporteur on the right to food

Immediate reforms of the agricultural and food system were recommended by Ms. Elver, such as reducing the country’s dependence on imported food, and supporting alternative wheats to diversify the diet. The Government, she continued, should create the conditions for the production of traditional seeds to ensure the country’s self-sufficiency and preparedness for the climate shocks that hit the country.

The effects of the economic crisis are noticeable, said the Special Rapporteur, in both rural areas, and cities, including Harare. She recounted seeing people waiting for hours, in long lines, in front of gas stations, banks, and water dispensaries, and receiving information that public hospitals have been reaching out to humanitarian organizations after their own medicine and food stocks were exhausted.

Elver called on the Zimbabwean Government, political parties, and the international community to come together to “put an end to this spiralling crisis before it morphs into a full-blown conflict”.

Photo caption and credit:
WFP/Tatenda Macheka
Drought conditions in Zimbabwe have meant that farmers have not been able to grow enough food.