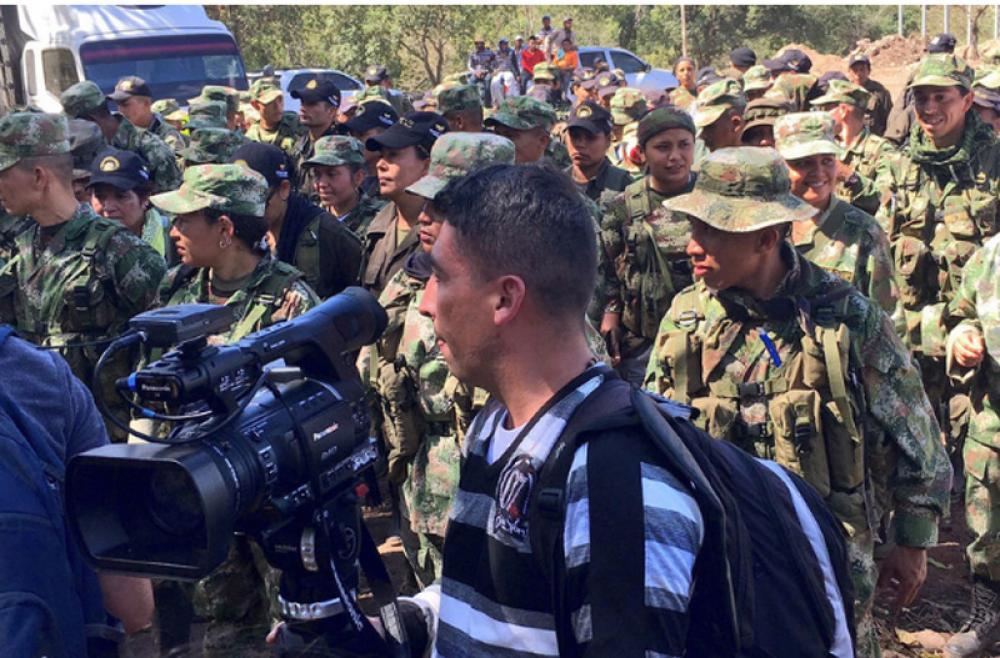 New York: Thousands of former fighters from Colombia’s largest rebel group remain committed to the historic 2016 peace deal which ended more than five decades of civil conflict, but attacks against the ex-combatants have been a continuous cause for concern, the Security Council heard on Thursday.?

Despite the announcement by some FARC-EP (Revolutionary Armed Forces of Colombia) leaders in August of a return to the battlefield, in the face of what they see as Government betrayal, Carlos Ruiz Massieu, the UN Mission’s Special Representative, said “it is important to emphasize the commitment of these former combatants to the peace process.”

“It is more important than ever to support the women and men who remain resolutely committed to peace and to transforming their lives and those of their families and communities,” he added, briefing Council Members in New York on the latest 90-day report on the UN Verification Mission in Colombia.

The announcement by the rebel group of further armed resistance, signaled a blow to progress made in the last three years. Since the adoption of a 2016 peace agreement between the Colombian Government and FARC-EP forces to end 52 years of war, hopes for lasting peace can materialize, if the “spirit of the Peace Agreement become concrete deeds and actions,'' said Mr. Ruiz Massieu.

Speaking during the UN General Assembly Debates last month, Colombian President ?Iván Duque? said the government was committed to establishing a “culture of legality” in line with the agreement, which had involved demobilization, disarmament and reintegration (DDR) strategies of former guerrillas, including more than 25 projects that had benefited some nearly 2,000 ex-combatants.?

This is a precious opportunity to put an end to the recurrent dynamics of violence in Colombia.  --UN envoy

To date, more than 3,500 former rebel fighters have traded their weapons for civilian livelihoods, ranging from agriculture ventures, to clothing manufacturing, to eco-tourism, Mr. Massieu told the Council.?

Ex-guerrillas face major challenges in their reintegration. More than 8,000 former combatants living outside former rebel-controlled areas have limited access to key resources, and thus, become vulnerable to violence and recruitment by illegal armed groups, Mr. Massieu explained. “More should be done to support this population.”?

Since his last briefing to the Council in July, 20 former combatants have been killed, totaling 151 since the signing of the Peace Agreement.?

“There has been some progress in the implementation of various measures announced by the Government to strengthen security guarantees for former combatants and to step up investigations into these killings,” he urged.?

The Special Representative also highlighted that enforcement of such measures is constrained by budgetary shortfalls, and in implementing the Peace Agreement, the Government and FARC must continue to engage “constructively.”?

The 26 September formal apology by ten former FARC-EP commanders for kidnappings committed during the armed conflict, was also an important step on the road to truth and reconciliation measures, as outlined in the Agreement.?

In three weeks’ time, Colombia will hold departmental and local elections, which will see participation at the local level for the first time, by former FARC fighters who’ve joined its political offshoot. Violence against candidates has affected political parties, Mr. Massieu lamented, adding that the August national pact calling for the campaigns to be conducted peacefully, “should serve as an example of how dialogue can lead to consensus.”?

“The United Nations remains convinced that the way forward is through a comprehensive implementation of the Final Peace Agreement,” the Mission chief urged.

“This is a precious opportunity to put an end to the recurrent dynamics of violence in Colombia.”

UN Mission in Colombia
FARC women and men marched to Pondores, Colombia, where laying down of arms took place with the presence of the UN Mission. (2 February 2017)