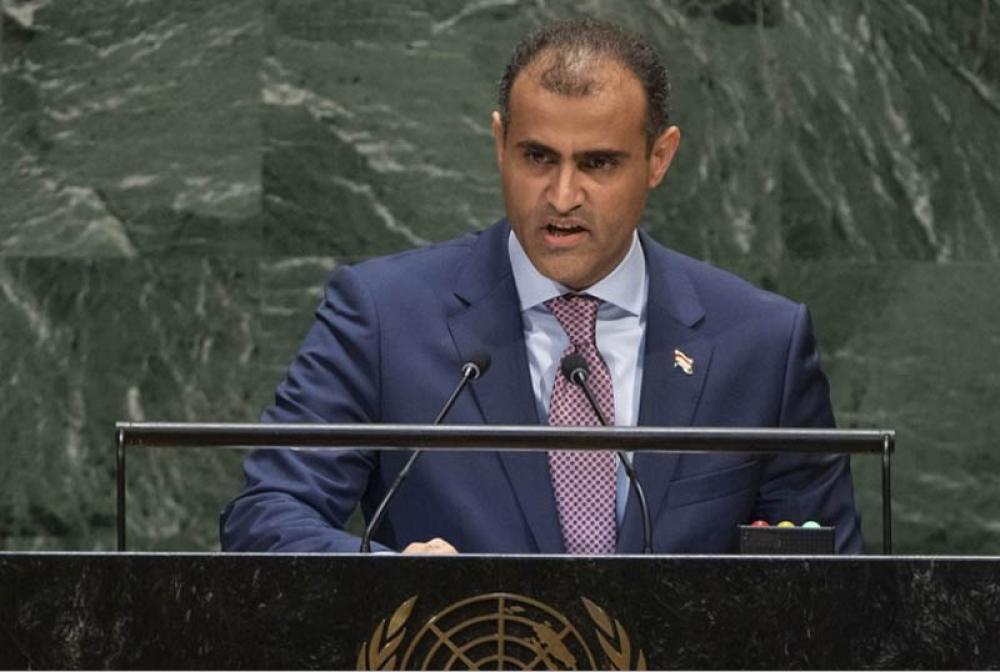 New York: The Minister for Foreign Affairs of Yemen on Saturday called on the United Nations and the wider international community to stand by his crisis-torn country as it struggled to cope with daily assaults and “terrorist aggression” at the hands of vicious, Iran-backed Houthi militias.

“My heart is full of sorrow” considering the ongoing crisis in his country. Mohammed Abdullah Al-Hadhrami, Minister for Foreign Affairs, told the General Assembly. Yemen had a long proud history as a cradle of Arab civilization, but in just a few years, it had been all but destroyed.

“My country has been deeply wounded by sectarians and terrorists trying to achieve their own ends,” he said, adding that the Houthi militias, supported by Iran, have proved to be “capable of untold destruction.”

Condemning Iran as “the main sponsor of terrorism throughout the world,” Mr. Al-Hadhrami said Tehran’s “expansionist agenda” led it to wage proxy wars through militias like the Houthis “who have destroyed everything that was beautiful in my country: homes, places of worship, hospitals, and [they have] asphyxiated all forms of descent.”

“In just a few years [militias] had been able to destroy all the dreams of Yemen and its people,” he said, demanding an end to the “Iranian-Houthi coup d’etat in Yemen.” Denouncing Iran as a “rogue State that does not respect international law” or its obligations as a UN Member State, he said Iran and its “military arms in the Arab region, including Houthis and Hezbollah, pose a serious threat to our national security.”

Yet, he said that despite the difficulties, and the sacrifices of the Yemeni armed forces, Yemen had been able to put up a resistance to the Iran-backed threat, thanks largely to Saudi Arabia “a fraternal Kingdom” that had helped Yemen to contain the untold violence of the militias.

The Yemeni Government, Mr. Al-Hadrami continued, has endeavored to improve the economic situation and jumpstart development, with the implementation of an economic strategy. Indeed, it was sparing no effort to alleviate the suffering of all its people, who were “facing a humanitarian disaster on a daily basis.”

In that regard, he again thanked Saudi Arabia for providing some $500 million to bolster the Yemen humanitarian response plan. But he warned that Saudi Arabia and the wider international community’s efforts were being undermined not only by Iran-backed militias but by attacks he said were carried out by air assets belonging to the United Arab Emirates (UAE).

Mr. Al-Hadrami affirmed support for the UN facilitated peace process and the efforts of the UN Special Envoy for Yemen. He pledged to engage positively and flexibly in all peace measures, namely the Gulf Initiative and its executive mechanism.

He also supported the outcomes of the comprehensive national dialogue and UN Security Council measures, particularly its resolution 2216 (2015), which demanded an end to the violence in Yemen and imposed sanctions on individuals it said were undermining the country’s stability.

“We went to Sweden last year to give peace every opportunity. But because of the intransigence of the Houthi militias and their constant evasion of commitment to what has been agreed, it has not been in place for more than ten months.”