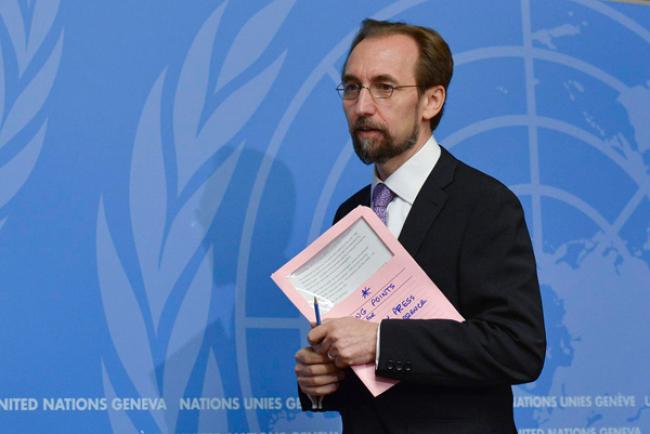 New York, Oct 21 (JEN) Expressing serious concern at the detention of Venezuelan opposition leader Leopoldo LÃ³pez, as well as more than 69 other people who were arrested in February during mass public protests that took place across the country, the United Nations human rights chief called on the authorities for the â€œimmediate releaseâ€™ of all those being held.

“The prolonged and arbitrary detention of political opponents and protestors in Venezuela is causing more and more concern internationally,” UN High Commissioner for Human Rights, Zeid Ra’ad Al Hussein said in a press release. “It is only exacerbating the tensions in the country.” According to information received by the United Nations Human Rights Office (OHCHR), over 3,300 people, including minors, were detained for brief periods between February and June, and more than 150 cases of ill-treatment, many of them torture, were reported. At least 43 people were killed during the protests, including one public prosecutor and nine members of the security forces. Journalists and human rights defenders have also reported threats, attacks and intimidation. Last month, the UN Working Group on arbitrary detention stated its opinion that the detention of Leopoldo López, as well as that of former mayor of San Cristobal Daniel Ceballos, was arbitrary. “I call on the Venezuelan authorities to act on the opinions of the Working Group and immediately release  López and  Ceballos, as well as all those detained for exercising their legitimate right to express themselves and protest peacefully,”  Zeid said. He also urged the Venezuelan authorities to ensure that due process was followed during all trials, in accordance with international standards. The High Commissioner met  López’s wife, Lilian Tintori, in Geneva on Friday, and discussed the situation of all the detainees and their families. He deplored the continued reports of threats and intimidation directed at people working to defend human rights in Venezuela, and urged that they be allowed to pursue their work and speak up without fear for their safety. “My office is extremely concerned about the current situation, and we will continue to monitor it very closely,” he added.