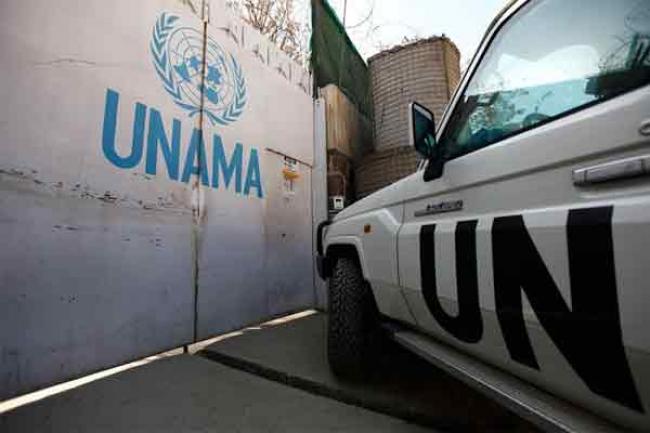 New York, Sept 30 (Just Earth News): The United Nations mission in Afghanistan has condemned the killing of at least 15 civilian men and the injuring of at least 13 others, including at least one boy, in an airstrike targeting the Islamic State of Iraq and the Levant (ISIL/Daâ€™esh) conducted yesterday in the countryâ€™s eastern district of Achin.

In a press statement, the UN Assistance Mission (UNAMA) reiterated the need for all parties to the conflict to adhere to their obligations under international humanitarian law. “UNAMA calls on the Government and international military forces to launch a prompt, independent, impartial, transparent, and effective investigation into this incident,” the mission said. In the early morning of 28 September, an international military forces unmanned aerial vehicle conducted an airstrike, reportedly targeting members of ISIL/Da’esh, which struck a civilian home, killing the 15 civilians, according to UNAMA. The civilians had gathered in a village to celebrate the return of a tribal elder from the Hajj pilgrimage to Mecca and were reportedly sleeping in a guesthouse of the elder when the airstrike occurred. Civilian victims of the strike included students and a teacher, as well as members of families considered to be pro-Government. Government sources report that ISIL/Da’esh personnel also died in the attack, UNAMA said. The mission highlighted that in a press release issued yesterday, United States Force-Afghanistan acknowledged conducting the airstrike, but refrained from elaborating further, indicating that they “are still reviewing all materials related to the strike.” UNAMA also expressed condolences to the families of those killed in the incident and wished a speedy recovery to the injured. Afghanistan has been in protracted conflict for almost 35 years, which, in addition to being prone to recurrent natural disasters, has seriously hampered poverty reduction and development, strained the fabric of society and depleted the country’s coping mechanis