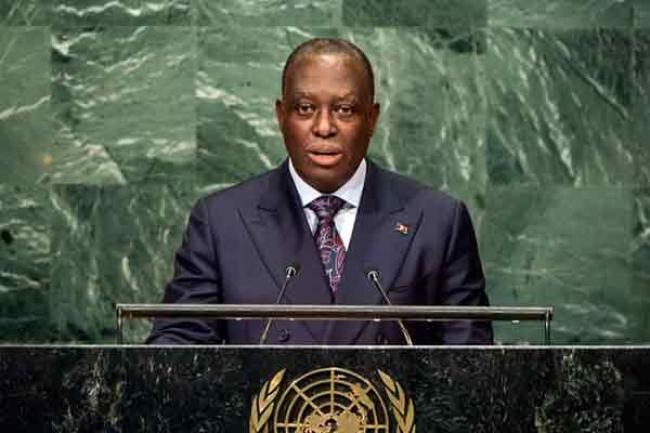 New York, Sept 23 (Just Earth News): Addressing the United Nations General Assembly, the Vice-President of Angola on Thursday underlined the urgency of reforming the global Organization, in particular the Security Council, to strengthen the UNâ€™s capability in promoting international peace and security, and to increase its ability to respond quickly in conflicts and challenges.

“Reforming the Council is not merely optional but an imperative which, if not carried out, may hinder the United Nation’s ability to act and cause its legitimacy and credibility to crumble,” stressed Manuel Domingos Vicente. Angola, he continued, favours increasing the number of both the Council’s permanent and non-permanent members in order to make it more representative. He emphasized that the African continent should be represented among the permanent members. Further noting that his country, as the current President of the International Conference on the Great Lakes Region, has been working to address the problems of the vast region, he reaffirmed Angola’s determination to continue to support and promote dialogue, peace, stability and stability in Central Africa and throughout the Great Lakes. Turning to issues of wider concern , he drew attention to conflicts in the Middle East and said that the instability there, together with the threat of terrorism are major challenges to the international community, as illustrated by the “heart-breaking reality” of forced displacement and called on world leaders to find an urgent solution. In his address, Vice-President Domingos Vicente said Angola is firmly committed to the implementation of the 2030 Agenda for Sustainable Development through adoption of appropriate and comprehensive measures at the national level. He also underlined the importance of the Paris Agreement on climate change and encouraged its early entry into force, and also highlighted that Angola remains committed to the women, peace and security agenda, to peacekeeping and peacebuilding. In conclusion,  Domingos Vicente said: “The challenges are greater on Thursday as a result of the uncertainty of prices for raw materials in the international market, but we continue to work to adjust our plans of action, as well as to find pathways to economic growth and improve the lives of our people.”