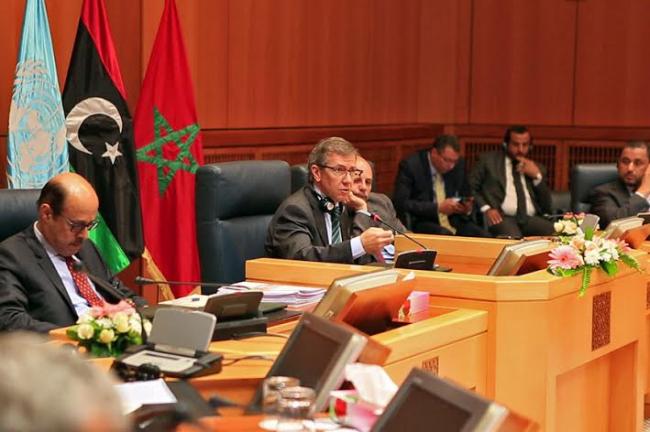 New York, June 30 (JEN) The United Nations Secretary-General's Special Representative for Libya, Bernardino LeÃ³n, announced on Monday that there is a political agreement amongst the parties on the majority of the elements of the draft proposal they are considering, and he hoped to have them initial it later this week.

“It is not 100 per cent but it is almost 100 per cent,” León told reporters at the end of a “very long day” in Skhirat, Morocco where Libyan parties have been meeting on the draftpolitical proposal he presented to the parties two weeks ago. Describing the talks on Monday as “very positive” he elaborated by saying “there are two, three positions that are not agreed by the parties” so they need to go back to Libya to consult with their respective constituencies. “After all these nine months of work we just have two, three issues and this is what the parties are going to discuss on Tuesdayand after tomorrow,” the Special Representative said. “The idea is to be back on Wednesday and to have our next meeting on Thursday.” “And on Thursday we will try to initialize the agreement,” said León, who is also head of the UN Support Mission in Libya (UNSMIL). Looking further ahead, he said “it will pave the way for the discussion on the unity government and on the annexes. And only when all this work is finished the parties will be in a position to sign this agreement.” Photo: UNSMIL