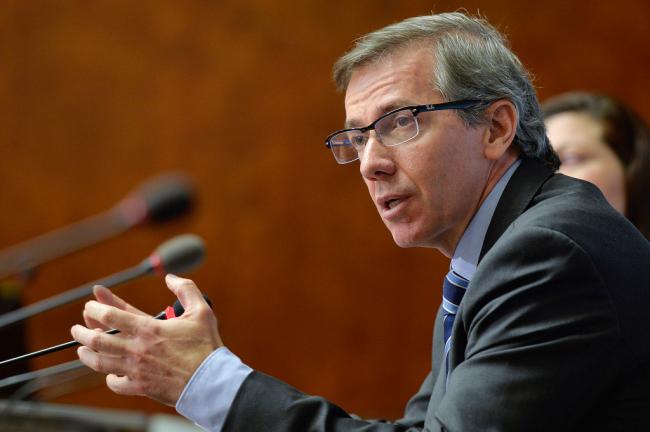 New York, Apr 23 (JEN): The head of the United Nations Support Mission in Libya (UNSMIL) Bernardino LeÃ³n has strongly condemned the latest terrorist attack in the Libyan capital of Tripoli in which the Spanish Embassy was targeted.

According to media reports, a bomb detonated outside the Spanish Embassy on 20 April damaging part of the compound's exterior wall but incurring no casualties. The incident is also the most recent in a series of attacks against foreign embassies including those of the Republic of Korea and Morocco. In a statement released on Tuesday evening, UNSMIL said the attack against the Spanish embassy should serve as “a reminder that the continuing fighting and political instability contribute to providing the safe ground for terrorists to operate and expand” throughout Libya. “UNSMIL urges the Libyans to press ahead with their efforts to reach a political agreement to restore peace and stability, as well as strengthen the State institutions to combat terrorism,” the statement added. The bombing comes at a time when national stakeholders are gathered to reach a mediated settlement to Libya's continuing fighting. The latest round of political talks, in fact, are currently underway in Skhirat, Morocco with parties expected to present their remarks regarding the overall framework outlined in the Draft Agreement on the Political Transition in Libya. Photo: UN Photo/Jean-Marc Ferré