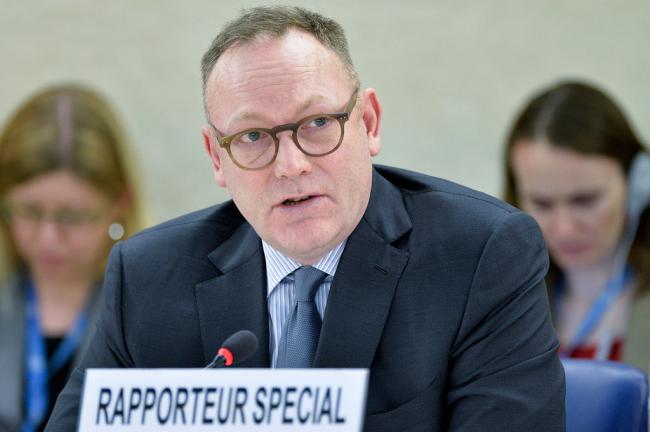 “Just as much as we condemn terrorism, particularly at a time when the international community reaffirms its unreserved commitment to combat it, we must demand that human rights be respected in the context of such a challenge,” said Ben Emmerson in a press release on Thursday.

Pointing to the recent terrorist attack against Kenya’s Garissa University College in which at least 147 students and lecturers were killed, the two experts said the incident once again showed the “urgent need to re-think counter-terrorism responses based on law enforcement and military force,” adding that Member States needed to confront the non-religious driving forces of terrorism “more seriously.”

He added, “This is particularly true when confronting challenges such as armed conflict, poor governance, environmental degradation, endemic corruptions, intricate historic legacies of a country, extreme poverty, social, cultural, economic and political discrimination, as well as marginalization of large sections of the population, or prolonged periods of State collapse.”

These circumstances, the experts continued, provide “a fertile soil for recruitment” for extremist movements that promise a prospect for change from the status quo but then resort to “unacceptable means” of acts of terrorism to achieve their goals.

“By actively promoting and protecting human rights, States contribute to preventing terrorism in an effort to address its root causes and risk factors,” Emmerson and Bielefeldt added. “This is not solely a question of legitimacy; it is also a question of effective prevention.”

“This adds to the vicious circle of terrorism by contributing to the dehumanization of victims of terrorism,” the independent experts concluded. “Genuine respect for the humanity of the victims requires that the protection of human rights is not invoked to curtail human rights.”

To that point, they said, Member States should move towards the adoption of a specific international instrument setting out the rights of victims of terrorism and the corresponding obligations on States.