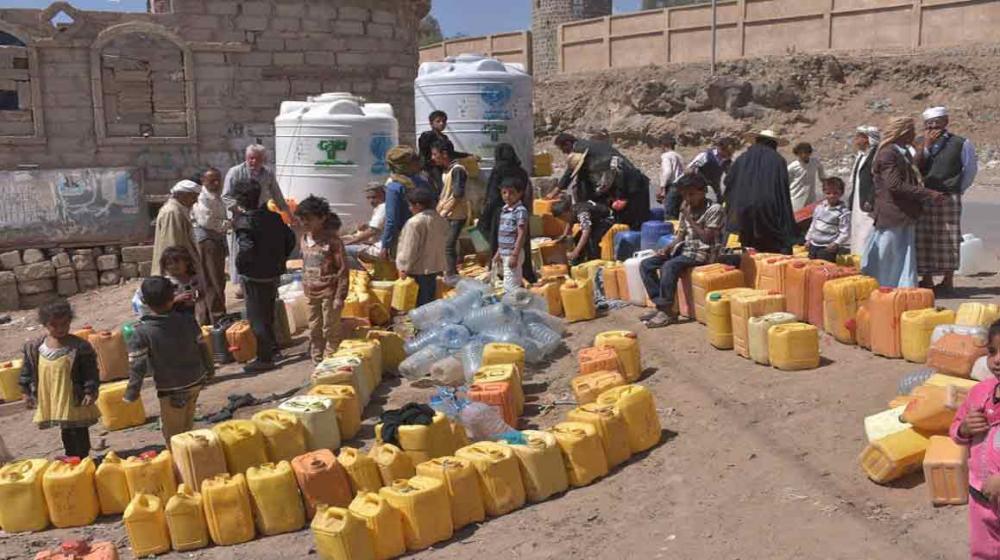 New York, Nov 18(Just Earth News): The United Nations relief wing on Friday, warned of famine-like conditions unfolding in Yemen, as a blockade on aid and other essential goods by a Saudi-led coalition fighting Houthi rebels there enters its 12th day.

Jens Laerke, spokesperson for the UN Office for the Coordination of Humanitarian Affairs (OCHA), sounded the alarm during the regular bi-weekly news briefing in Geneva.

He was responding to a question from a journalist who asked him to clarify a warning yesterday from UN aid chiefs that the closure of air, sea and land ports in Yemen threatened millions of vulnerable children and families.

“It means that these are the number of people in areas where there's an IPC4 – Integrated Phase Classification 4 – which is the last step before obviously 5, which is famine […] But you are correct, there may be as we speak right now, famine happening, and we hear children are dying. I mean, there's excess mortality as a cause and consequence of undernourishment.”

Yemen imports up to 90 per cent of its daily needs, including fuel, which has now reached crisis levels.

Reserves are in such short supply that three Yemeni cities have been unable to pump clean water to residents in recent days, according to UN partner the Red Cross.

This has left one million people at risk of a renewed cholera outbreak, just as the country emerges from the worst epidemic in modern times.

Other diseases are also a threat, including diphtheria, a serious infection of the nose and throat, that's easily prevented with a vaccine.

It's “spreading fast” and has already claimed 14 lives, according to the World Health Organization (WHO), which said that a vaccination campaign is planned in nine days' time.

In addition to water and sewage problems in Hodeida, Sa'ada and Taiz, the Red Cross warned that the capital Sana'a and other cities “will find themselves in the same situation” in two weeks - unless imports of essential goods resume immediately.

Also at the briefing, Alessandra Vellucci, for the UN Information Service (UNIS) recalled yesterday's statement in New York from Stéphane Dujarric, Spokesman for the UN Secretaryâ€‘General regarding a letter the UN chief sent to the Permanent Representative of Saudi Arabia to the United Nations.

In the letter, the Secretary-General said that the blockade imposed by the coalition since 6 November is already reversing the impact of humanitarian efforts. While he welcomed the reopening of Aden port, the Secretaryâ€‘General noted that “this alone will not meet the needs of 28 million Yemenis.”

As such, the Secretary-General called on the Saudi-led coalition to enable the resumption of UN Humanitarian Air Service (UNHAS) flights to Sana'a and Aden airports, and the reopening of Hodeida and Saleef ports so that fuel, food and medical supplies could enter Yemen.