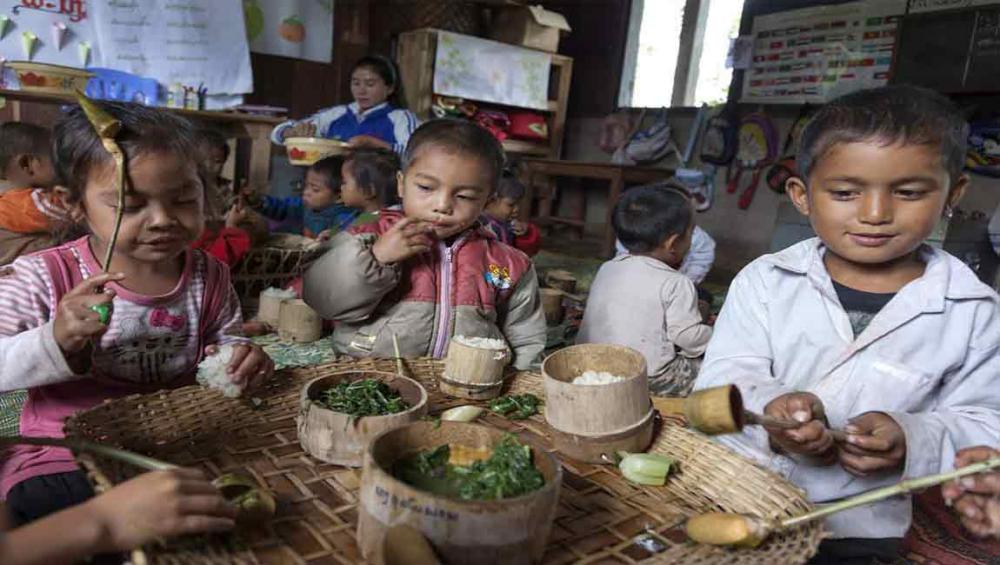 “Good nutrition depends on raising awareness about healthy foods and choices, as well as efficient, affordable and sustainable systems to deliver that food,” said Kundhavi Kadiresan, the head of the UN Food and Agriculture Organization (FAO) in the Asia-Pacific region, announcing findings from the agency’s regional report on food security and nutrition.

“If we are to reach the Sustainable Development Goal of [ending hunger] in the region, we must invest to improve our food systems and pool our knowledge and resources to meet our current food and nutrition challenges head on.”

The FAO report, 2017 Regional Overview of Food Security and Nutrition has revealed that while food security has improved for millions of people in Asia and the Pacific, hunger and malnutrition appear to be rising in some areas, leaving roughly half-a-billion people undernourished.

The situation is particularly dire for children below five, with one in four children suffering from stunting – impaired growth and development, often as a result of poor nutrition.

At the same time, report also found that obesity is on the rise, with “significant increases” in the prevalence of overweight children over the past 15 years, especially in South Asia (from three per cent to seven per cent) and Oceania (five per cent to nearly 10 per cent).

The report was released Friday at a regional symposium on sustainable food systems in Bangkok, the capital of Thailand.

Organized by FAO, in collaboration with the World Food Programme (WFP), World Health Organization (WHO), UN Children’s Fund (UNICEF) and the World Bank, the symposium focuses on policies that can improve food systems, and promote better nutrition and healthier diets.

The event was opened by the FAO Special Goodwill Ambassador for Zero Hunger in the region, Princess Maha Chakri Sirindhorn of Thailand, who urged participants to work together to find solutions.

“The world has committed to zero hunger and improving nutrition as a key outcome of the 2030 Agenda for Sustainable Development. We must look at improving our current systems of production and patterns of consumption, and set a course of action,” she said.

The symposium is a component of the UN Decade of Action on Nutrition 2016-2025, which aims to increase investments and actions to improve people’s diets and nutrition.