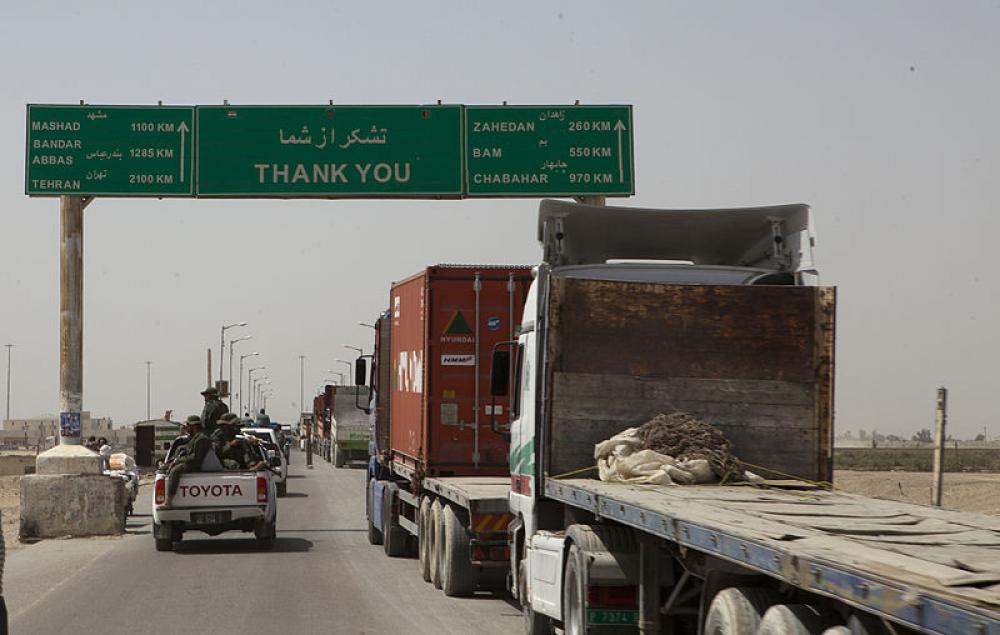 File image by US Marine via Wikimedia Creative Commons

Kabul: Data provided by the Afghanistan Chamber of Commerce and Investment (ACCI) has shown trade volume between Afghanistan and three Central Asian republics – Tajikistan, Uzbekistan and Turkmenistan – has increased in the current year, amid decline in business with Pakistan, media reports said.

This year Afghanistan has exported goods to Central Asia valued at $33 million and imports have exceeded $2 billion, reports Tolo News quoting the ACCI.

“This year our imports from Central Asia were over $2 billion,” ACCI acting chairman Mohammad Yunus Mohmand was quoted as saying by the news portal.

Afghanistan-Pakistan Joint Chamber of Commerce has said the volume of trade between the two countries has decreased by 26 percent this year.

“There are multiple reasons. First, there are goods’ transportation problems in ports. Second, Pakistan’s banking system has imposed a series of limitations on trade which has led to a decrease in the imports of goods to Afghanistan,” Naqibullah Safi, head of the chamber told Tolo News.