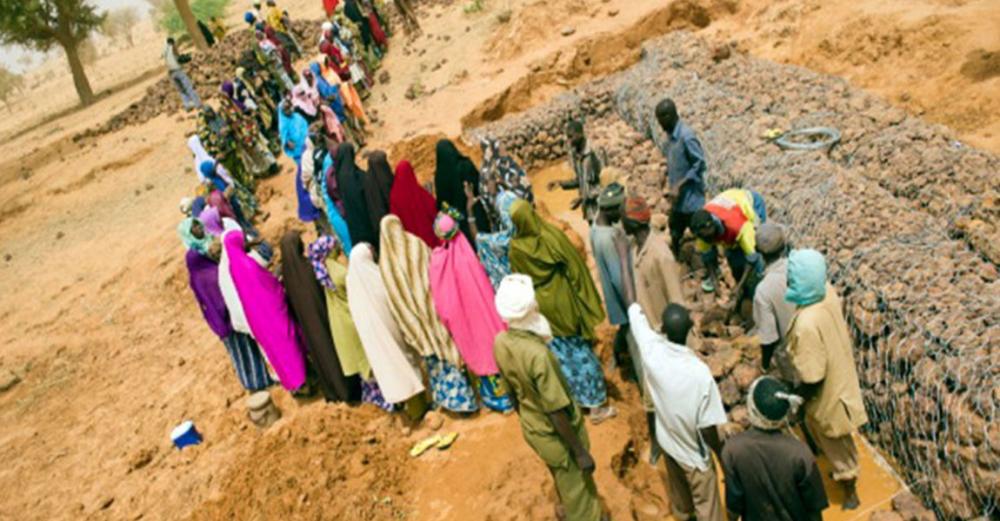 New York: To help prevent conflicts and at the same time protect the planet, “we all must tackle environmental degradation”, a top UN official told the Security Council on Thursday.

In a virtual briefing on the humanitarian impact of continued degradation, peace and security, the Executive Secretary of the UN Convention to Combat Desertification (UNCCD), Ibrahim Thiaw, reminded the Council that environmental protection was vital for “our health, our wealth and our wellbeing”.

“If we, in a coordinated way, avoid, reduce and reverse land  degradation we can better prevent and preempt and manage many conflicts in the world”, he maintained.

The UNCCD chief outlined that today’s threats have shifted from conflict between States to violence predominantly at the hands of non-State actors.

“An assessment of the root-causes of these conflicts shows that a large proportion have a link to the environment”, he stated, pointing to the abundance of natural resources that can be monetized, such as oil, minerals and wildlife or “the scarcity of land, water and vegetation”.

He noted that in arid lands, such as Africa’s Sahel region, violence often erupts over competition for land.

Ecosystem degradation, resource competition or inequitable distribution of benefits also increase vulnerability and raises the risk of conflict, according to Mr. Thiaw.

However, he attested, environmental cooperation can “increase capacity to conflict management, prevention and recovery”.

He said security concerns were not limited to violent conflict but also includes “sustainable livelihoods, health and wellbeing”.

The UNCCD chief asserted that rural-urban migration due to drought and desertification was additionally responsible for different types of violence.

“Grievances against government might rise when agricultural outcomes are depressed by drought and its induced-out migration”, he said, as an example.

Against the backdrop that the world relies on ecosystems rooted in soil, Mr. Thiaw said that the economy is influenced by the land’s health, which “catalyzes the impact of environmental degradation on peace, security and stability”.

And he explained that the world’s capacity to address security risks driven by climate change and environmental degradation are not keeping pace with the changing landscape of threats.

He pointed out that protecting land could trigger a broad peace, stability and ecosystem recovery cycle, that yields “a constructive feedback loop extending far beyond an initial choice to protect the environment”.

In his briefing to the Council, Peter Maurer, President of the International Committee of the Red Cross (ICRC), spelled out that from the Sahel and Lake Chad region to warzones around the globe, millions are suffering on the front lines of environmental degradation, climate change and conflict”.

He underscored that peace and security would not be established by focusing only on military and security measures to curb conflict and violence.

“We must ensure, those most at risk are urgent priorities”, said the top ICRC official, adding that building and protecting resilient communities from violence is “critical”.

Also addressing the meeting, Inna Modja, Earth Ambassador and activist, said forced migration was increasing, causing many to flee the vast Sahel region, which stretches from west to east across Africa.

She encouraged the Council to invest in the region’s “youth and women” as major “agents of change”.