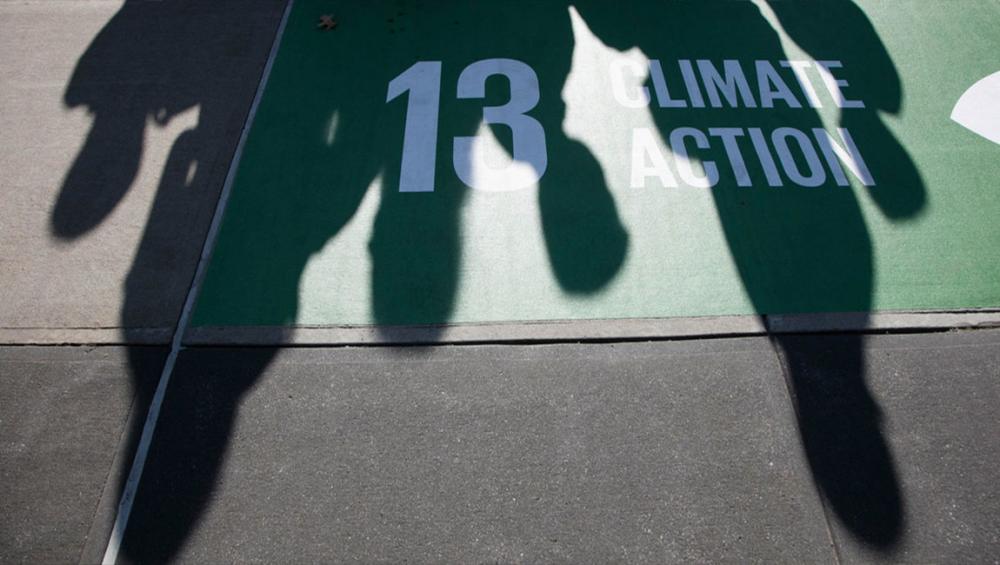 New York: Among the efforts to build a sustainably peaceful world, “urgent climate action is needed” to curb environmental threats to all our well-being and security, the Secretary-General told the annual peace gathering in New York on Friday, addressing a largely youthful crowd.

Each 21 September, the General Assembly-mandated International Day of Peace is observed, devoted to “strengthening the ideals of peace, both within and among all nations and peoples”, with this year’s theme spotlighting climate action as key to that aim.

“Today peace faces a new danger: the climate emergency, which threatens our security, our livelihoods and our lives”, Secretary-General António Guterres said in his message.

Speaking to some 700 high school and college student leaders, he explained that peace “is not only about peace among people, but peace between people and the planet”, lamenting that “we have been at war” with nature.

Climate change has posed clear threats to international peace and security, with natural disasters displacing three times as many people as conflicts; forcing millions to flee their homes in search of refuge.

Growing tensions over resources, mass movements of people, and endangered food security are escalating and “affecting every country on every continent” according to the UN.

On Friday morning Mr. Guterres commenced celebrations by ringing the Peace Bell at Headquarters in New York, and observing a minute of silence in the UN’s Peace Garden.

He was joined by the UN Messengers for Peace, Yo-Yo Ma and Midori Goto, and hundreds of high school and college student guests, who represent the growing number of young people stepping up to meet the climate challenge - close to half a million world-wide the UN estimates.

This year, the UN’s recognition of the Day showcased the power of young voices by hosting a Peace Student Observance - a platform for young people to share projects they have undertaken to nurse a healthy planet while promoting peace.

To mobilize ambition, the Secretary-General is convening a Climate Action Summit on 23 September, with “concrete and realistic plans to accelerate action” as urged by Sustainable Development Goal (SDG) 13, and put forward ambitious plans outlined in the landmark Paris Agreement. A special climate summit for youth on Saturday, the first of its kind, will bring young leaders and innovators together to further address the climate emergency.

The shift toward a safer and greener future “will be backed by passionate voices of young women and men around the world, who understand their future is at stake” Mr. Guterres said in the 100-Day countdown to the International Day back in June, deeming this challenge “the battle of our lives.”

“We are at war with nature” the UN chief said, “nature doesn’t forgive, and nature is striking back.”

Form farming, to how we mobilize ourselves, to power supply, we need “huge transformations” the Secretary-General urged.

Commending the young attendees, he said: “Your leadership is essential, to make sure that my generation does the right thing…Good luck in your very committed engagement towards peace among people, and people with mother nature.”


Students from the UN International School in the UNHQ Visitors' Plaza after attending the Peace Bell Ceremony. Some of these students will be taking part in Friday's Global Climate Strike March in New York City.