A dangerously hot climate, simmering political tensions: ‘This is not the summer of our youth,’ UN chief warns 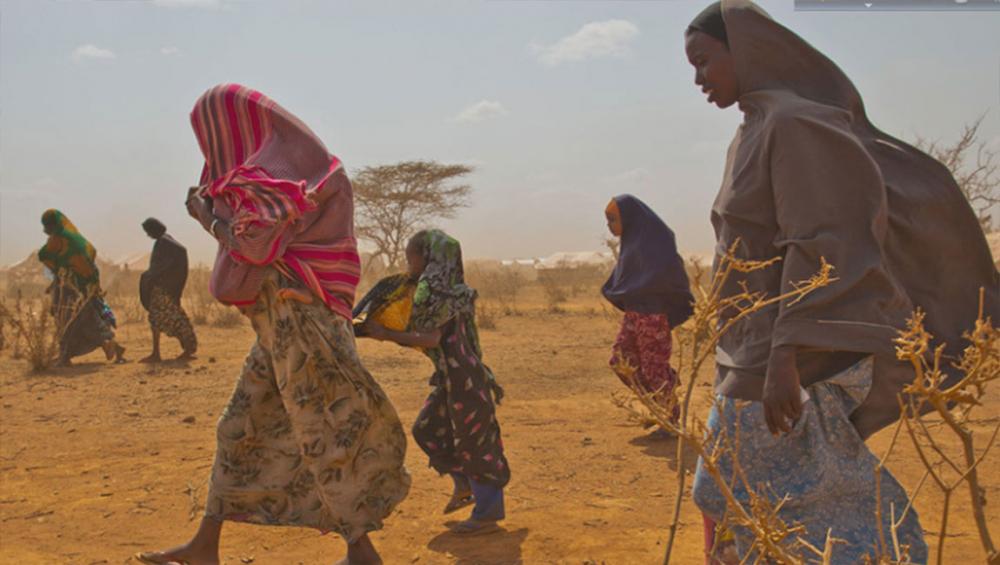 These extreme weather events are just the tip of the iceberg. And that iceberg is also rapidly melting. António Guterres, UN Secretary-General

Briefing the press at UN Headquarters in New York, Guterres noted that, while there have always been hot summers, this is “not the summer of our youth”, but a climate emergency.

Indeed, the UN World Meteorological Organization (WMO) shows that 2019 had  the hottest June ever, with records broken from New Delhi to the Arctic Circle.

July is also on course to equal, or surpass the hottest month in recorded history, and 2015 to 2019 are likely to be the five hottest years on record.

“If we do not take action on climate change now”, said Mr. Guterres, “these extreme weather events are just the tip of the iceberg. And that iceberg is also rapidly melting.”

Turning to the Climate Action Summit, slated for 23 September in New York, the UN chief said that the ticket to entry – for governments, business and civil society – is “bold action and much greater ambition”.

This will be needed if the world is to limit temperature increases to 1.5C and avoid the worst impacts of climate change, by cutting 45 per cent of greenhouse gas emissions by 2030, and achieving carbon neutrality by 2050.

“Beautiful speeches”, he continued, are therefore not enough: leaders need to come to New York on September 23 with concrete plans to reach these goals. Mr Guterres said that many solutions are available and are already being implemented.

These include the growing use of technology that is rendering renewable energy cheaper than fossil fuels; the planting of millions of trees to reverse deforestation, and remove carbon dioxide from the environment, the finance world increasingly pricing carbon risks into their decision-making process and calling on leaders to phase out fossil fuel subsidies; and leading businesses are recognizing that, in order to avoid huge losses, now is the time to move from the “grey”, polluting economy, to the green economy.

“We need rapid and deep change in how we do business, generate power, build cities and feed the world.”

Guterres also turned his attention to tensions in global politics, notably in the Persian Gulf, friction between China and the US, and between nuclear-armed states.

A minor miscalculation in the Persian Gulf, he said, could lead to a major confrontation.

Referring to recent incidents in the Strait of Hormuz – which include the diversion of a British-flagged oil tanker by Iran, the US destruction of an Iranian drone, and the UK decision to provide a naval escort for tankers – the UN chief stressed the need to respect the rights and duties related to navigation through the Strait, and its adjacent waters, in accordance with international law.

Concerning China-US relations,  Guterres said that the lessons of the Cold War must be learned, in order to avoid a new one, in which two competing blocs emerge, each with their own dominant currency, trade rules, and contradictory geopolitical and military rules.

“With leadership committed to strategic cooperation and to managing competing interests”, he said, “we can steer the world onto a safer path”.

The imminent end of the Intermediate Nuclear Forces Treaty – described by the Secretary-General as a “landmark agreement that helped stabilize Europe and end the Cold War”, means that the world will lose an “invaluable brake” on nuclear war.

States with nuclear arms capacity should, he continued, avoid destabilizing developments, and urgently seek a new path towards new international arms control measures. These include an extension of the so-called “New Start” agreement between the US and Russia; the 2020 Review of the Treaty on the Non-Proliferation of Nuclear Weapons.