Ukraine: UN agencies stepping up aid to most vulnerable as temperatures plummet 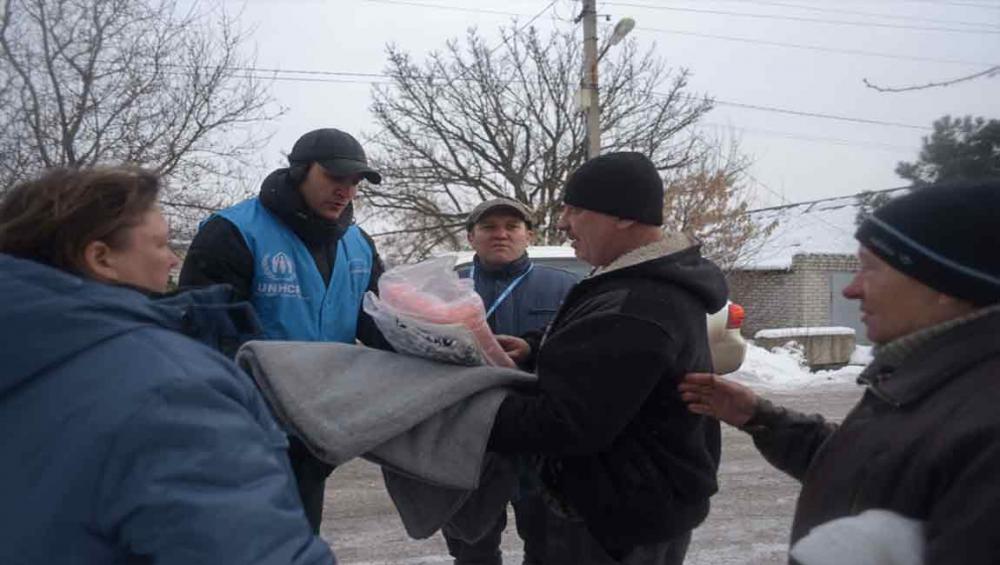 New York, Dec 19(Just Earth News): As temperatures plummet across Ukraine, the United Nations refugee and migration agencies said Tuesday that they are stepping up assistance to the most vulnerable people affected by the conflict in the country’s east.

The Office of the UN High Commissioner for Refugees (UNHCR) is increasing distributions of aid to the displaced.

“Winter brings additional hardship to the population,” UNHCR spokesperson Andrej Mahecic said at a press briefing in Geneva, noting that temperatures can plummet to minus 10 degrees Celsius, or 14 Fahrenheit, in December and minus 20 C, or minus 4 F, in January.

“Most live in poorly insulated homes and a smaller number in collective centers, and are unable to cover the rising utility costs,” he said.

The aid comprises clothes, warm jackets and boots, coal for heating and cash grants to cover winter expenses. Recipients include some 15,300 people, who are mainly single parents, elderly, families with many children, and people with disabilities or chronic illnesses.

Most have been displaced from their homes in eastern Ukraine by the conflict in the regions of Donetsk and Luhansk, which is now well into its fourth year. Near the line of contact between the Government and the non-Government controlled areas, houses are frequently damaged by shelling.

In some villages, gas pipes have been damaged by shelling and, as a result, coal and firewood represent the sole means of heating homes. UNHCR staff report that people are often forced to make a choice between buying food and medicines, or fuel to heat their dwellings.

In the non-Government controlled areas, where 40 per cent of the households need heating fuel and nearly 90 per cent need winter clothes and insulation, UNHCR is providing 9,000 tonnes of coal to 3,000 households and more than 7,500 pieces of winter clothing.

For its part, the UN International Organization for Migration (IOM) has started distributing coal to people in need.

“Some 3.4 million men, women and children are locked in a dire humanitarian situation right on Europe’s doorstep,” said Thomas Weiss, IOM Ukraine Chief of Mission, during his recent visit to the field.

About 3,800 vulnerable low-income households in non-government-controlled areas of Donetsk will each receive three tons of high quality anthracite coal, which should be sufficient to cover their heating needs for the entire winter.

The planned assistance in these areas also includes the rehabilitation of the heating systems in up to 20 social and medical institutions, as well as the distribution of 200 cast-iron stoves to families located in least accessible areas, where wood is the only available heating fuel.

In parallel, IOM will in a few weeks transfer a first round of multipurpose cash to 4,000 vulnerable individuals in the government-controlled area, living close to the contact line in both Luhansk and Donetsk regions.