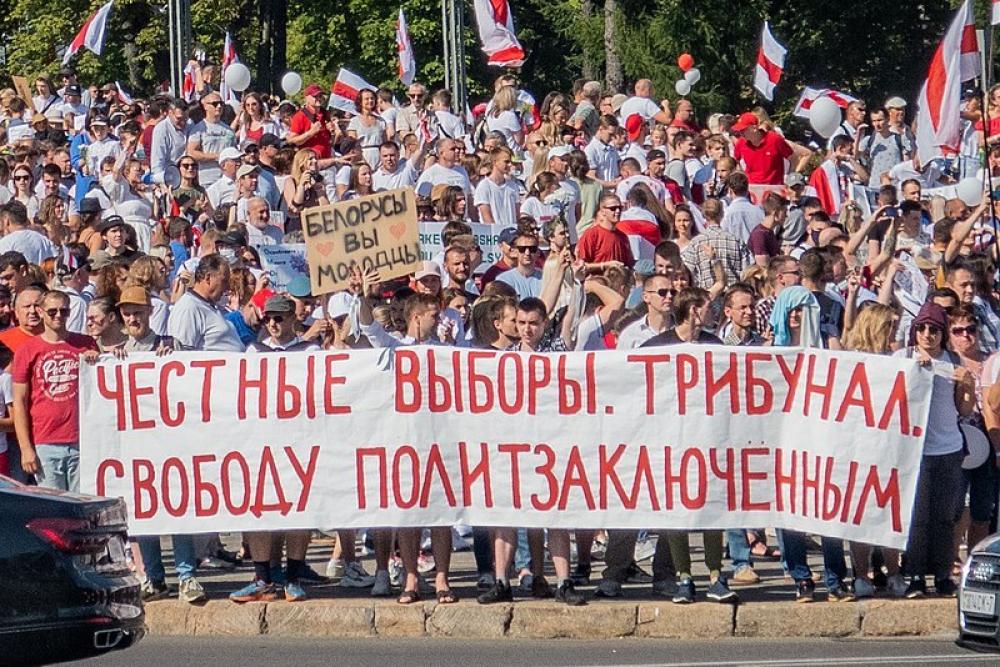 Moscow/Sputnik: Police in the Belarusian capital of Minsk began conducting arrests among people who gathered for a rally in the city center close to the presidential palace, Natallya Hanusevich, a spokeswoman for the police department of the Minsk City Executive Committee, told Sputnik on Sunday.

Earlier in the day, a motorcade of security services vehicles with crowd control equipment and personnel was deployed near the National Flag Square and Independence Palace of Minsk.

"Arrests were conducted over attendance at unauthorized mass gatherings," Hanusevich said without specifying how many people were detained.

Traffic was suspended and roads blocked in the areas where protesters plan to march, according to reports from the authorities. Seven subway stations were closed in downtown Minsk along the anticipated rally's route, as announced by Minsk Metro authorities.

Additionally, several roads in central Minsk were shut down, including the Prospekte Pobeditelei avenue where protesters clashed with police last Sunday.

As reported by Belarus' A1 provider, cellular internet has been working with disruptions in Minsk throughout the day. The provider said it had to limit the speed at the request of authorities.