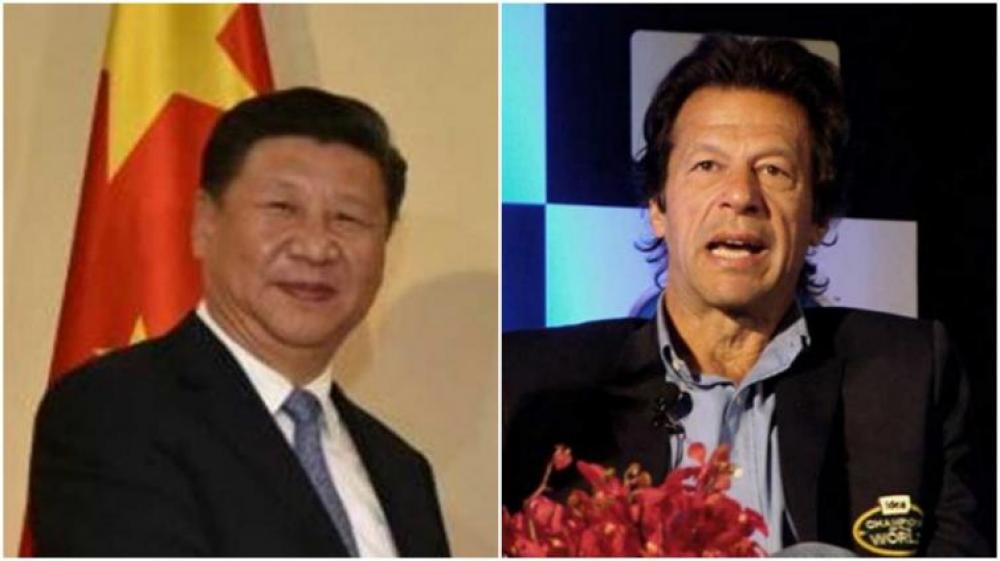 Islamabad: The recent developments related to Pakistan's silence over the oppression on Muslims in China and the manner in which Imran Khan government remained unmoved in evacuating its own students from Coronavirus-hit Wuhan city shows that Beijing simply considers the Muslim-majority nation as little more than a subordinate colony to be exploited but not heard.

This opinion was stated by Michael Rubin, a resident scholar at the American Enterprise Institute.

In his article titled 'How China Is Humiliating Pakistan', Rubin said: "Pakistanis have historically been at the forefront of advocacy and action against the oppression of Muslims, real or imagined. This is what guided Pakistan to oppose Soviet designs on Afghanistan. Pakistan is among the most anti-Israel and anti-Semitic countries on earth."

"The Pakistani press regularly covers the plight of Myanmar’s persecuted Rohingya Muslims. Pakistani charities work in Chechnya. There is no shortage of the terrorist groups Pakistan sponsors who target India and are motivated more by religion than nationalism. And, yet, when it comes to China’s incarceration of more than a million Uighur Muslims—solely because they are Muslim—Pakistani prime minister Imran Khan has been silent on one hand and on the other he has both defended China’s repression of its Muslims and persecuted for China the Uighurs in Pakistan," he wrote.

Rubin said China and Pakistan have even engaged in provincial twining which has further shown how Beijing is trying to keep Islamabad under pressure.

"Recently, Pakistan’s mission in Beijing gave a draft memorandum of understanding to the Chinese foreign ministry in order to establish sister province relations between Xinjiang and Gilgit-Baltistan. Not only, therefore, is Khan cowed by Chinese pressure to the point that he must turn a blind eye to the greatest repression of Muslims in the twenty-first century but he now seeks to honor the Chinese province that is at the epicenter of Chinese anti-Muslim repression. Even if Khan is motivated by the implied threat to treat the people of the disputed Gilgit-Baltistan region like China treats the Xinjiang, that does not paper over the implied endorsement of Beijing’s Islamophobic leadership," read the article.

The treatment meted by Pakistan towards its own students who are trapped in Wuhan echoed similar Chinese domination over the south Asian neighbours.

Pakistan left its own students in Coronavirus-hit China, despite their pleadings, to showcase their bond and solidarity with the Asian behemoth that often backed the Islamic nation against India.

China recently said China and Pakistan are "iron-clad friends", appreciating Pakistan's decision of not evacuating its citizens from Coronavirus-stricken Hubei and the city of Wuhan even as Pakistan continues to draw flak from its people for the decision.

Chunying said the Pakistani government has appreciated Chinese assistance to Pakistani citizens and expressed full confidence in the capabilities of the Chinese system in controlling the outbreak and eliminating the disease.

Several Pakistani students posted videos expressing anger and frustration over Pakistan's stand to show solidarity with disease-hit China and comparing their situation with Indian students who were evacuated from Wuhan over the weekend.

The majority of the cases including deaths are from Hubei. Hundreds of Pakistani students are studying medicine in Wuhan, which is currently under lockdown amid Coronavirus scare.

Michael Rubin wrote: "The coronavirus abandonment of Pakistani students in Wuhan further humiliates Pakistan. Almost every other country—including India—has evacuated its citizens from the coronavirus epicenter. While Imran Khan spends a great deal on himself, his foreign travel, and the military, he has left Pakistan’s public health infrastructure a shamble. Khan knows that corruption and disorganization mean that medical quarantine will not work in Pakistan, which is why he seeks to keep those potentially infected abroad. China, meanwhile, cares little for the Pakistanis who remain within its territory. To be Pakistani in the age of Imran Khan means to suffer in silence at the back of the line."

He concluded: "Pakistan sees itself as a major regional power but recent events show that Beijing considers Pakistan little more than a subordinate colony to be exploited but not heard."