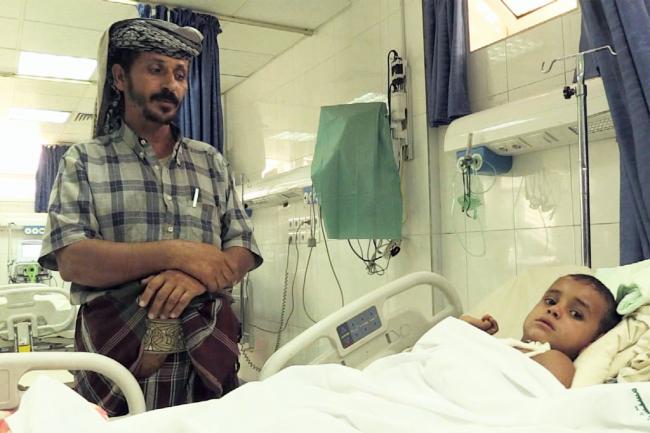 New York, Jun 17 (JEN) The civilian cost of the Yemen crisis continues to grow amid the country’s ongoing hostilities, according to the latest figures released today by the United Nations human rights office (OHCHR).

In the period spanning 11 to 15 June, a total of 50 civilians, including 18 children and 11 women, were killed, bringing the total number of civilian deaths in the Gulf state to 1,412, with another 3,423 confirmed as injured, OHCHR spokesperson Rupert Colville told reportersin Geneva earlier this morning. The UN recently reported that the total casualty figures of the country’s conflict have surpassed 2,600.

The OHCHR spokesperson noted that another 14 civilians were reportedly killed as a result of violent clashes between local armed groups and military forces acting together against Al Houthi-affiliated Popular Committees in Lahij, Taiz, Dhale and Aden Governorates. Meanwhile, at least 36 civilians were reportedly killed as a consequence of airstrikes carried out by the Saudi Arabia-led coalition in Sana’a, Hudaydah, Dhamar and Sada’a.

Yemen’s hostilities – which began in mid-March – have only deepened the country’s already existent humanitarian crisis, plunging civilians even further into despair. Already the poorest nation in the Gulf region prior to the fighting, the UN World Health Organization (WHO) recently stressed that more than 15 million Yemenis do not have access to basic healthcare, with 53 health facilities closed and malnutrition increasing. Eighty per cent of the country’s population is currently in need of critical humanitarian aid.

In addition, the country’s extensive archaeological and historic heritage has been increasingly under threat following a surge in aerial bombing raids in the Old City of Sana'a, Yemen’s capital.

Mr. Boulierac suggested that this showed the brutal impact of the country’s escalating violence and explained that the use of children in the conflict – whether to man check-points or carry arms – had also increased precipitously.

Beyond that, he said, an estimated 9.4 million Yemeni children remained in need of humanitarian assistance as much of the population continues to struggle with food, power and water shortages.

The grim humanitarian statistics come as international, regional and Yemeni stakeholders meet in Geneva for a series of UN-backed consultations opened yesterday by Secretary-General Ban Ki-moon.

According to UN spokesperson, Ahmad Fawzi, the UN Special Envoy on Yemen, Ismail Ould Cheikh Ahmed, is currently meeting with the various delegations and will brief the press once the consultations are concluded.