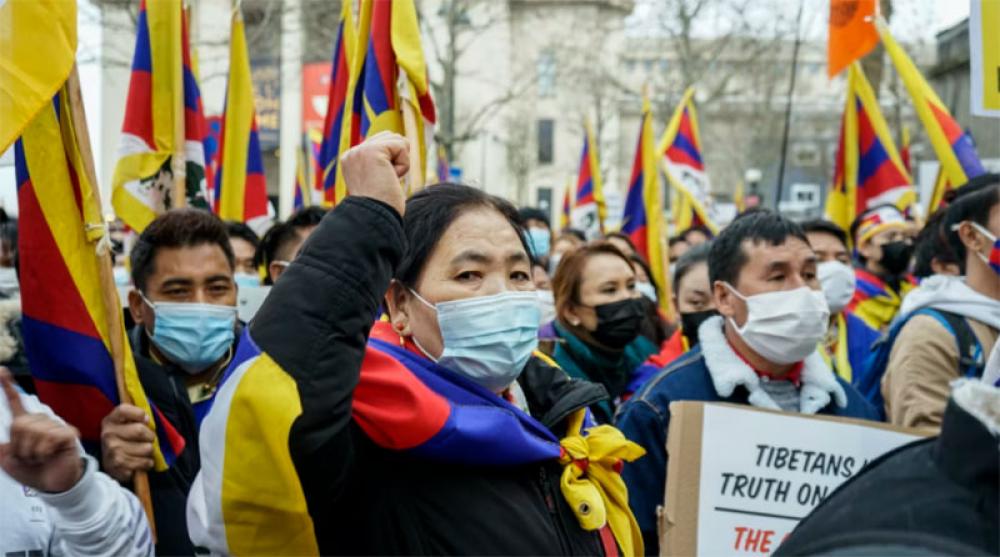 File image of a protest held by Tibetans in Paris last year. Photo by Norbu GYACHUNG via Unsplash

Beijing: The Chinese government has imposed restrictions and stepped up its surveillance measures to prevent online communications between Tibetans and their family members and friends, who are staying abroad.

Kelsang Gyatso, a Tibetan who currently resides in India, told Radio Free Asia (RFA): "I was able to communicate with my family and relatives back in Tibet using social media chat apps, [but] the communication was completely cut off a few months back due to greater surveillance and restrictions."

“It’s very worrisome not having any information on how they are doing, and I’m sure it’s the same for them also not knowing about my well-being,” said Gyatso, who in 2000 fled his impoverished hometown, located in the TAR’s far west and bordering China’s Sichuan and Yunnan provinces.

Chinese authorities in the TAR and Tibetan areas of nearby Chinese provinces restrict freedoms of religion, expression, movement, and assembly, and ignore residents’ concerns about mining and land grabs by local officials, who routinely rely on force to subdue those who complain or protest, human rights groups told RFA.

Authorities have intensified surveillance of Tibetans over the past decade under the leadership of Chen Quanguo, the TAR Communist Party chief from 2011-16 and the figure widely associated with setting up a system of mass internment camps for Muslim Uyghurs in Xinjiang, a restive region north of Tibet, where he led the party from 2016 until last year.

“Chen’s system combines hyper-securitization and militarization with efforts to accelerate the political and cultural transformation of local people. Its stated aim is breaking lineage, breaking roots, breaking connections, and breaking origins of Tibetans and Uyghurs,” the International Campaign for Tibet in a December 2018 report said as quoted by RFA.

“Surveillance technologies that have sparked outrage internationally because of their use in Xinjiang were trialed in Tibet,” the Washington-based rights group said.

China’s ruling Communist Party has been governing it since then.