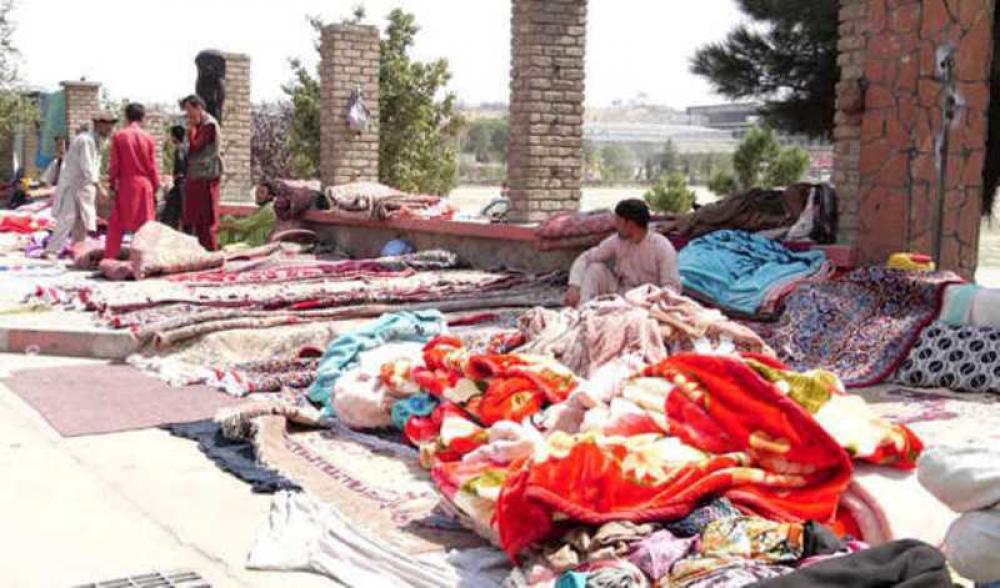 Kabul/UNI: Government employees in Afghanistan have been forced to take to new occupations as their salaries have not been paid for months.

Many former professionals are now driving their cars as taxis and selling goods on the streets, Tolo News reported.

They warned that their problems must be solved, otherwise, a human crisis is going to occur in the country.

Akramuddin, who worked in a military organization for 18 years, has not received his salary for the last seven months.

Mohammad Nasir, a teacher, said that he is the only breadwinner for a nine-member family. “I was spending 10,000 Afs before, but now there is no salary and the prices are very high.”

Some other employees are currently working on the streets where people are selling their wares. They refused to talk to the media.

Kabul residents, meanwhile, expressed their concern about the condition, calling it as a tragic and harmful situation.

Ghulam Nabi said: “People have a lot of problems. We ask the current government to pay attention. These people who work on the streets are those without daily food.”

Previously, the Independent Administrative Reform and Civil Service Commission said that around 43,000 civil servants have been working in the government.