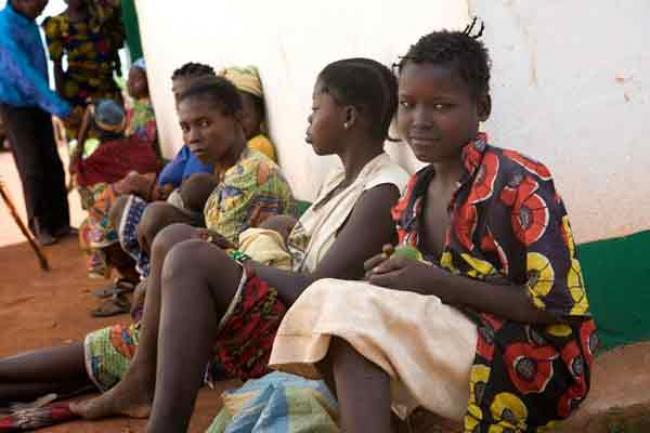 New York, Dec 22 (Just Earth News): According to a new report from the United Nations Office on Drugs and Crime (UNODC), the vast majority of all human trafficking victims â€“ some 71 per cent â€“ are women and girls and one third are children.

“Trafficking for sexual exploitation and for forced labour remain the most prominently detected forms, but victims are also being trafficked to be used as beggars, for forced or sham marriages, benefit fraud, or production of pornography,” said UNODC Executive Director Yury Fedotov on Wednesday. The 2016 UNODC Global Report disaggregates data on the basis of gender and found that women and girls are usually trafficked for marriage and sexual slavery. Men and boys, however, are trafficked into exploitative labour, including work in the mining sector, as porters, soldiers, and slaves. Worldwide, 28 per cent of trafficking victims are children, but children account for 62 per cent in Sub-Saharan Africa and 64 per cent in Central America and the Caribbean. Sixty nine countries detected trafficking victims from Sub-Saharan Africa between 2012 and 2014. Fedotov emphasized the link between armed groups and human trafficking, noting how armed groups often engage in trafficking in their territories of operation, coercing women and girls into marriages or sexual slavery, and pressing men and boys to act as forced labour or combatants. “People escaping from war and persecution are particularly vulnerable to becoming victims of trafficking,” he said. “The urgency of their situation might lead them to make dangerous migration decisions.” Earlier this year, UNODC appointed Nobel Peace Prize nominee Nadia Murad Basee Taha as its Goodwill Ambassador for the Dignity of Survivors of Human Trafficking. Murad is a 23 year old Yazidi woman who survived capture and abuse by the Islamic State of Iraq and the Levant (ISIL/Da’esh). UN Secretary-General Ban Ki-moon has praised her courage and work as a “voice for the voiceless.” The report documents patterns among trafficking and regular migration flows that share the same destination country. It also identifies trends within countries, between neighbouring States, and across continents. Factors that tend to aggravate rates of trafficking include transnational organized crime in the country of origin and a victim’s socio-economic profile. While 158 countries have criminalized human trafficking – a huge improvement over the past 13 years – Fedotov nonetheless warned that “the rate of convictions remains far too low, and victims are not always receiving the protection and services countries are obliged to provide.” He called for more resources to identify and assist trafficking victims and to improve the criminal justice responses to detect, investigate, and successfully prosecute cases. The UNODC releases a report on trafficking every two years. This September, during the UN Summit for Refugees and Migrants in New York, it emphasized that as more people become migrants and refugees, there is a greater risk for trafficking, and that states must respond accordingly.