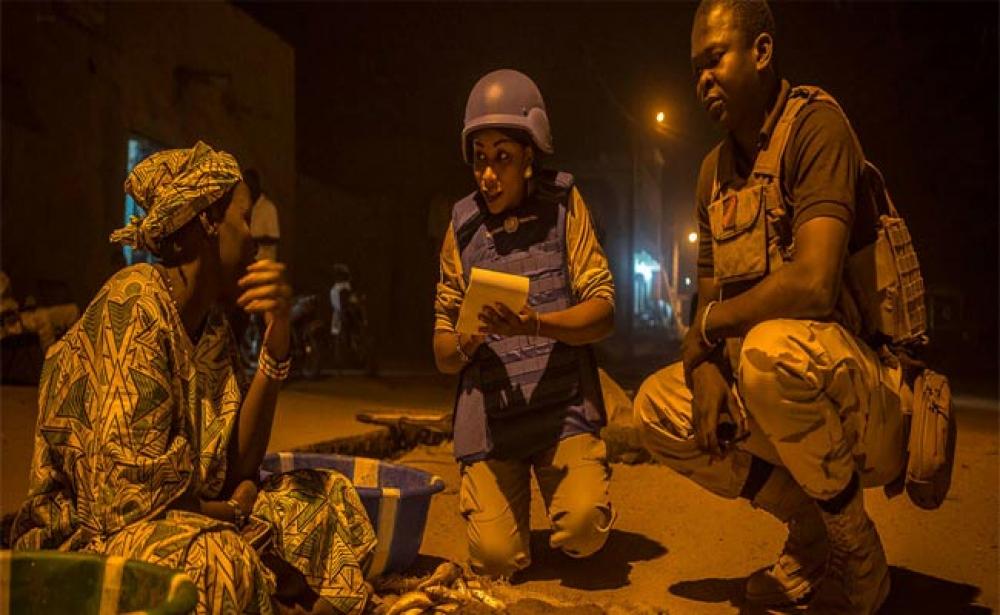 New York: Regional security topped the agenda of a United Nations-backed joint summit on Central and West Africa searching, among other things, for a practical approach to fighting terrorism.

In a statement issued on Thursday through his Deputy Spokesperson, Farhan Haq, Secretary-General António Guterres commended the Central and West African regions for the successful Joint Summit of the Economic Community of West African States (ECOWAS) and the Economic Community of Central African States (ECCAS) on Peace, Security, Stability and the Fight against Terrorism and Violent Extremism, which took place on Monday in Lomé, Togo.

“The Secretary-General welcomes the renewed commitment of ECCAS and ECOWAS member States to strengthen cooperation on key peace and security challenges and is particularly encouraged by the decision to sign a Criminal Cooperation Agreement by the end of 2018 and to establish a ministerial committee to monitor implementation of the Summit decisions,” said Mr. Haq.

The UN chief also welcomed the decision of the Heads of State and Government from the two regions to hold consultations in the margins of the African Union summit in January, “and to meet every two years to review implementation of the decisions contained in the Lomé Declaration adopted at the Joint Summit.”

“The Secretary-General reiterates the commitment of the United Nations to continue to promote inter-regional cooperation and support the implementation of the decisions adopted by the ECCAS-ECOWAS Summit,” the statement concluded.

A region on the edge

In July, Mohamed Ibn Chambas, the Special Representative for West Africa and the Sahel (UNOWAS), updated the Security Council on the “volatile security situation.”

Citing the spillover of the Malian crisis into Burkina Faso and Niger, and the widespread violence by non-state armed groups throughout the region, he noted that “the complexity of recent attacks…has had a devastating impact on local communities.”

In mid-June, François Louncény Fall, the Special Representative and head of the UN Regional Office for Central Africa (UNOCA), told the Council that the scourge of terrorism and violent extremism continued to affect all Central Africa and divert government resources from development programmes to security operations.

“Boko Haram and the Lord’s Resistance Army have not stopped their deadly attacks on civilians, committing egregious human rights abuses and causing countless victims,” he said, referring to the main armed groups active in the sub-region.

In the Summit’s final communique, the Heads of State and Government committed to cooperate in conflict prevention, promoting peace and stability in both regions through establishing and strengthening early warning and rapid response crises mechanisms.

They also committed to strengthen cooperation on insecurity, with the ECOWAS Commission president and ECCAS Secretary General to negotiate among the regional States on procedures for mutual legal assistance and judicial cooperation.