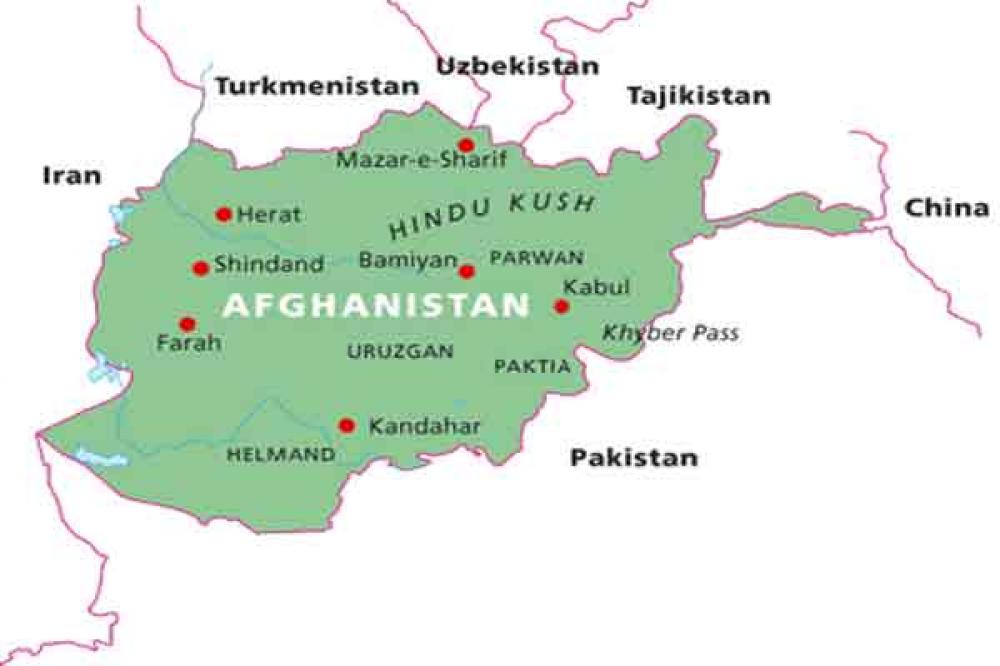 On October 21, 2017, 40 Islamic State (IS, formerly, Islamic State of Iraq and al Sham, also Daesh) terrorists, including two trainers and 38 suicide bombers, were killed in a deadly United States (US) airstrike targeting a training camp for the suicide bombers in the Achin District of eastern Nangarhar Province. Police identified the two Daesh trainers killed in the attack as Qari Quran and Qari Fida. A significant cache of weapons, ammunition and explosives belonging to the terror group were also destroyed in the airstrike.

On October 20, 2017, a key leader of Daesh identified as Abu Tahir Al-Bajawari and nine other terrorists were killed in a US drone strike in the Achin District of eastern Nangarhar Province.

On October 18, 2017, 23 Daesh terrorists were killed in the airstrikes conducted by US Forces in the Nazian and Achin Districts of eastern Nangarhar Province. Weapons, ammunition, and explosives were also destroyed in the airstrikes.

On October 12, 2017, five Taliban were killed in airstrikes in the Mirza Olang area of Sayad District in northern Sar-e-Pul Province. A local leader of the group identified as Mullah Syed Ahmad was among those killed. At least two Taliban were critically wounded in the airstrikes.

On October 10, 2017, eight Taliban were killed and several others wounded in airstrikes in the Arghistan District of Badakhshan Province. Weapons, ammunition, and explosives were also destroyed in the airstrikes.

On October 7, 2017, seven Taliban were killed and 11 were wounded in an airstrike targeting a Taliban compound in the Dara-e-Alf Safi area of northern Sar-e-Pul Province.

On October 3, 2017, 11 Daesh terrorists were killed in airstrikes conducted by US Forces in the Achin District of eastern Nangarhar Province. Some weapons and ammunition were also destroyed in the airstrikes.

According to partial data compiled by the South Asia Terrorism Portal (SATP), 974 terrorists have been killed across Afghanistan in the 61 days since the announcement of US President Donald Trump's new "South Asia strategy on August 22, 2017 (data till October 22, 2017).

Crucially, the US has been conducting airstrikes on the Pakistan side as well. In the first US drone strike after the announcement of the new US strategy for Afghanistan and South Asia, three Afghan Taliban members were killed and another two were wounded on September 16, 2017, in an airstrike in the tribal regions of Kurram Agency in Pakistan, close to the Durand Line with Afghanistan. In the second air assault by US Forces, 20 terrorists were killed on October 16, 2017, in a series of deadly airstrikes targeting a compound of the Haqqani terrorist network in the Kurram Agency.

Hours after the October 16 US airstrike, Pakistan's Foreign Minister Khawaja Asif called on the US to stop the airstrikes. Earlier, amid persistent US pressures on Pakistan regarding terrorist safe havens on its soil that are often blamed for major attacks in Afghanistan, Pakistan's Prime Minister Shahid Khaqan Abbasi claimed on September 12, 2017, that Pakistan does not provide safe havens to terror groups. However, Afghan officials and US authorities have long insisted that the leadership councils of the Taliban and Haqqani terrorist networks are based in key cities of Pakistan, where they enjoy freedom of action.

Significantly, on September 18, 2017, as part of a planned replacement of its ageing fleet of Russian-made Mi-17 helicopters, four US-made UH-60 Black Hawk helicopters were delivered to the Afghan Air Force. The US plans to supply a total of 159 Black Hawks to Afghanistan in the coming years to boost its capacity. The Afghan Air Force is considered one of the best-performing components of ANDSF. According to a July 2017 report by the Special Inspector General for Afghanistan Reconstruction (SIGAR), a U.S. Congressional watchdog, 19 of the Afghan Air Force's 46-strong Mi-17 fleet were unusable because they were undergoing overhaul or repair.

Reacting to the handover of the first batch of the UH-60 Black Hawk helicopters to the Afghan Air Force, Taliban group spokesman Zabiullah Mujahid declared, October 8, 2017, "US commander & Ashraf Ghani (the Afghan President) must remember that our fight is not based on technology but is an ideologically motivated fight. When Soviet and Communist government fell, they left hundreds of aircraft in airbases. US also tested hundreds of various aircraft here 16 years ago. Learn from history; your aircraft will strengthen us and shall work for our interests and goals just like your Humvee and Ford Ranger trucks."

On July 11, 2017, Afghan President Ashraf Ghani, asserted that Pakistan needs to stop interfering in Afghanistan's internal affairs and instead cooperate with the National Unity Government (NUG), and observed, "The factory of interference must be closed in Afghanistan. In establishing peace, at first we want peace with Pakistan; peace with the Taliban comes next." Pakistan, however, rejected the calls for the elimination of terror sanctuaries by Kabul and Washington with Pakistan's Chief of Army Staff General Qamar Javed Bajwa declaring, on September 7, 2017, "We cannot fight Afghanistan's war in Pakistan." The groups that have long been nurtured in Pakistan remain intact, despite growing international pressures. Significantly, on September 29, 2017, Pakistan's Foreign Minister Khawajah Asif admitted that terrorist groups and its leaders, including the Haqqanis had become 'liabilities' for Pakistan.

Meanwhile, on September 19, 2017, speaking during the United Nations General Assembly (UNGA) in New York, President Ghani observed, "The Taliban and their backers cannot win militarily. Only through political settlement can we achieve enduring peace and I call upon all ranks of Taliban to engage in an intra-Afghan dialogue." Again, on October 8, 2017, President Ghani called on the Taliban groups to renounce violence and join the peace process, insisting that the option lies with the group.

Notably, the sixth meeting of Quadrilateral Coordination Group (QCG) involving Afghanistan, Pakistan, China and the US was held at Muscat, Oman, on October 16, 2017. The Taliban failed to attend the QCG, as the peace process broke down after a fifth session in May 2016, when a US drone attack killed then Taliban Chief, Mullah Akhtar Mansoor, while he was traveling through the Pakistani Province of Balochistan. The aim of QCG was for members to use their respective influence on the Afghan Government and the Taliban to nudge them to the negotiating table. The insurgents' reluctance to engage in peace talks with the Afghan Government and Kabul's strained relations with Islamabad had also hampered previous QCG sessions from making any significant headway.

Significantly, on an unannounced visit, the North Atlantic Treaty Organization (NATO) Secretary General Jens Stoltenberg and the US Defense Secretary James Mattis arrived in Kabul on September 27, 2017. Further, on October 18, 2017, the United States Secretary of State Rex Tillerson in his stark message to the Taliban group declared, "We'll be here as long as it takes until you change your mind."

However, on October 7, 2017, the Taliban claimed that the group was not tired of war, and since it was the US-led invasion that toppled its regime, it called on the American Forces to withdraw from the country. The statement further added that the nation has neither become tired nor will become tired of the war, and that morale was high.

It is difficult, at this early stage, to assess whether Trump's Afghan strategy will actually achieve its promised victory. Nevertheless, after years of accelerating withdrawals and phony declarations about ending combat operations, Trump's renewed commitment to stay the course, add additional resources, take the fight to the enemy, and end Pakistan's double game, represents a qualitative shift of potentially great importance. If implemented aggressively, adjusted as necessary, and sustained over time, there are improved chances that it may eventually get Afghanistan where needs to go.